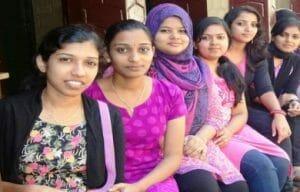 In a strict direction to the State Government of Uttar Pradesh, the Lucknow bench of Allahabad High Court has instructed to admit students to AYUSH Undergraduate courses through state-level Common Entrance Test and not through National-level NEET UG exam. On July 10, the State government had issued an order as per which the admissions to AYUSH courses in different colleges of State in the academic session 2017-18 were decided to be done through merit list prepared on the basis of NEET UG exam.

A petition against the State government’s order was moved in the High Court by Amit Kumar and others through advocate Rajat Rajan Singh. The petitioners recalled that when the notification of National Eligibility and Entrance Test (NEET UG 2017) was rolled out, it was not mentioned that AYUSH admissions will also be done through the test. They argued the advertisement of NEET specifically mentioned that it is for admission in Allopathic streams, it was not mentioned in it that AYUSH admissions will also be on the basis of NEET.

After hearing the arguments, the Court observed that many students might not have applied for NEET as they were not in knowledge that the admissions to AYUSH courses will be made through it and the students were not informed about this before inviting the applications for NEET.

There are around 2000 seats in Ayurveda, 600 seats in Unani and around 550 seats in Homoeopathy courses.