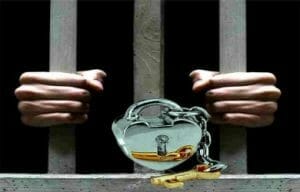 Bangalore: The recent raids against fake Ayush doctors across the state by the Karnataka State Ayurveda and Unani Practitioners Board has highlighted the fact that the penalties and jail terms suggested under the Karnataka Ayurvedic, Naturopathy, Siddha, Unani and Yoga Practitioners Registration and Medical Practitioners Miscellaneous Provisions Act, 1961 is too meagre to act as a deterrent and stop quacks from setting up clinics.

The Board has revised the penalties and jail terms for the violators and will soon present the proposal to the government to amend the Act.

The Act states that first time offenders will be penalised Rs 100, second-time offenders is Rs 200 and repeat violators Rs 1,000 along with two years’ imprisonment. Board Registrar Thimappa Shettigar said, “The Act has not been amended over the last four decades.

The quacks pay the fine and continue their practice somewhere else. The fine is too small to act as a deterrent. We have revised the penalties and will put them before the government soon.”

The quacks did not have their registration numbers and degree certificates. Shettigar, who led the raids, said, “The raids were conducted randomly and of the 34 fake Ayush practitioners, who we suspected as fake, we could catch hold of only 15. Of them, two are from Bengaluru –Rama from Kurubarahalli and Govindraj from Kamala Nagar.” [Source]