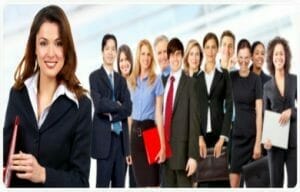 It is with a great hope and promise that one takes up education of Homoeopathic medicine as a bright, sprightly young lad. But does the spark in him or her sustain through the course of the study and how does life seem to them at the twilight of the course that is the internship. It is a point to ponder about this phase of life which is pertinent to the young mind in particular and for Homoeopathy in general and that is exactly what the President of The Andhra Pradesh Homoeopathic Association, Dr.K.Siva Shankar had in mind when he called for a Group Discussion on the subject at the Bulchand Shyamdas Auditorium on 28th of September 2008. The Homoeopathic intelligentsia of the country was got in touch for their view through the good offices of Dr.G..R.Mohan, Retired Professor of the JSPS Govt. Homoeopathic medical College, Hyderabad.

The Chief Coordinator of the Group Discussions at the APHA office, Dr.Ramakrishna Prasad elaborated the probabilities for a homoeopathic graduate thus:

Dr.Sohan Singh, Chairman, PG Education, CCRH said that because the probability of practice of Homoeopathy abroad is not a feasibility, the attraction towards the course is not significant. He called for the colleges to pull up their socks and see that education rendered is of a better quality with teachers more competent enough to impart evidence based medicine. While theory is being taught it should be corroborated with pathological evidence.

Dr. Sampath Rao, Principal, HKES Homoeopathic Medical College, Gulbarga said that admission criteria as far as percentage of marks in the qualifying examination may become irrelevant if the teacher can inculcate a sense of commitment in the students. He was of the opinion that the alumni of the college have a responsible role to play in this regard as they can be of help in resolving concerns of the young practitioners when they are into clinical practice.

Dr.K.G.K.Sastry, Principal (Retd.) of the JSPS Govt. Homoeopathic Medical College, Hyderabad was of the view that the post graduation should involve teaching of Medicine, Paediatrics and help in knowledge of Pathology, Microbiology, Radiology etc. and the Retired Professors of Medical Colleges can be of help in this regard. A Homoeopath well versed with good knowledge of reading Echo/US Scans/CT Scan/MRI Scan/EEG/ECG will find that once the diagnosis is established he will have more confidence in reaching the appropriate Homoeopathic remedy apart from suggest the right potency and will know better to follow up with the case during its entire progress. If this can be done a day when Nursing homes run by Homoeopaths may not be far off he averred.

Dr.Udchankar, Principal of RM Shinde Homoeopathic Medical College, Karnataka was of the opinion that to a certain extent the fast and early age earning capacity of other professions and also the length of the course are deterring certain students to take up Homoeopathy or for that matter any other system of Medicine. There is still a better knowledge and scope in the urban areas but the rural areas have not been reached to about the proficiency of our system in curing various illnesses. This needs to be worked on so that our practitioners can reach there with confidence. He was of the view that though there are various schools of thought as far as prescription is concerned, he urged the students not to look for a better way but applying the best for the patient in their presence. Whether it is Dr.Rajan Sankaran or Dr.Praful Vijaykar, they have not deviated from the Law of Similars and it is only the logic of application and sometimes stressing on mental symptoms, sensation or pathology etc. For example in West Bengal most of the prescribers swear by Allen’s keynotes when they suggest a remedy and are hugely successful in their practice. Since they are advocating different paths it really should not deter as they suggest reaching the same goal of bestowing comfort to the patient.

Dr.Sridhar, Principal of Vinayaka Homoeopathic Medical College, Salem stressed on the need for the teachers to be active in practice so that it gives the right signal to the students. He called on the students not to get lost in detail when it comes to new modes or methods of prescription being suggested from various platforms and just follow the ways suggested at colleges. He said that there is no need to revamp the existing prescription modes and any new suggestions as far as making it easier are welcome.

Professor Panigrahi was critical of practitioners taking up practice of Allopathic medicine for which we are not trained and cut out for. He was of the view that the elders of Homoeopathic society need to look for ways which will help better result orientation of the art of healing being practiced as they many not be good enough for the students to tackle the health related challenges of today and tomorrow. If the supportive methods included in the last Aphorism of Organon of Medicine are educated in a practical form to the students and authorize the approach it can upgrade the quality of Homoeopathy.

Dr.G.R.Mohan, Retd. Professor of the JSPS College, Hyderabad stressed on the need for the students who have accomplished their post graduation courses to work on specialities so that the reach of Homoeopathic Medicine in tackling various illnesses becomes that much wider and reiterated that our graduates are good enough to take up the same.

Dr.K.Gopalakrishna, Hony. Gen. Secretary of the Association showed the glimpse of better future to the students who had come for the Group Discussion saying that it was a matter of time that our practitioners are doing well in their endeavours and as far as earning is concerned it is second to none as it has been seen by the practitioners in Hyderabad where they earn decent sums and work towards the furtherance of their system.

The President of The Andhra Pradesh Homoeopathic Association, Dr.K.Siva Shankar, who has been associated with Homoeopathy for close to five decades as a teacher, academician, administrator and still active in Homoeopathic practice said that the future belonged to Homoeopathy and the next two decades could well see the turning point in its favour provided that our students stuck to the basics and show up commitment towards their practice. He promised that the responsibility we have towards our system of Homoeopathy because of which we have achieved so much in life as an individual, practitioner, prominence in society and last but not the least that we break the bread at the end of the day always reminds us and as an endeavor of The Andhra Pradesh Homoeopathic Association we are trying to live up to it by opening a new leaf towards furtherance of our system. “We are following a speciality based treatment so that the reach of Homoeopathy in treating various illnesses is confirmed with modern tools of diagnosis which gives further confidence to the young internees”, he added.

The glint of hope in their eyes, the fervour of application in their minds, the beat of confidence in their hearts and the spring in the step of the students was back even as they were interacting happily with their kith of the college at the end of the session