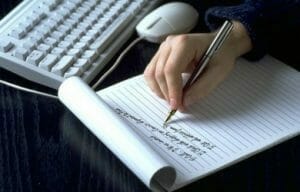 There may be some possible facts – vaccination, changing of environment, improvement of sanitation, consciousness of the people about hygiene, life style changes etc. It is not right to give credit to only one factor. It is also a matter of consideration, though some old diseases have been eradicated but some new diseases have appeared which were not present in earlier days. Some diseases are appearing with modified picture. So there are gap in understanding the total matter.

The problem of this homoeopathic science is due to its individualistic non materialistic approach not a single Govt. gave much emphasis on its preventive aspect. Homoeopathic thought always remained aside and existing mainly on personal practice. For this reason there was not so documented evidence about its preventive effect in the Govt. level. But there are so many personal experiences of stalwarts and experiences of some organizations from the time of Hahnemann to till date about its capacity of effective prevention against many diseases.

It is also a matter of fact knowingly or unknowingly we are preventing many diseases by constitutional prescribing. But nobody will give credit to us. So it is important to implement homoeopathic prophylaxis measures at Govt.level, and preparing data for documentation as in the case of Kerala. (Apparently it seems complicated task for mass immunization but in reality it is not so, if we use homoeopathy in different planned way i.e., not to handover prophylactic medicines to the health worker but to employ the huge qualified unemployed homeopathic doctor for justifiable use. By this way they may take part in preventive as well as curative service for the Nation with due honor and big document will be made).

Documentation is highly important for every cure, every preventive effect of homoeopathy. Otherwise skeptics will continue to say that homoeopathy neither cure nor prevent or modify any disease, it is merely placebo effect or wrong interpretation etc. etc. Though it is not a matter to a patient of homoeopathy or community but this type of bad or biased or false propaganda due to vested interest or ignorance may have some effect on some parts of the society what we have to overcome.

Homoeopathy do not give much emphasis on disease wise specific preventive but give stress on searching of  genus epidemicus in epidemic diseases. In recent study it has been shown that the specific medicine acts positively invariably in all patients or on animal model with similar symptoms. It does not mean it is only right approach to search specific for every acute disease.

Recently by resurgence of J. Encephalitis a specific remedy ‘Belladonna 2oo’ came under the light by news headline in West Bengal, young homoeopaths not to confuse with this type of specifics. Belladonna 2oo obviously acts in the J. Encephalitis but Bryonia, Rhustox, Ars Alb, Pulsatilla, Hyosciamus, Halleborus etc other remedies can be act as a curative as well as preventive. Maximum similarity and selection of the potency based on rules of potency selection according to Organon gives maximum good result rather mere good result.  But researchers may employ same specific for further and comparative study. All types of research for homoeopathy for the propagation of this beautiful science are always welcome. However, proper documentation is very important in every case.