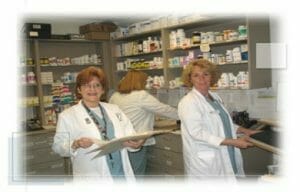 The organised homoeopathy market in India, which is estimated to be around Rs 2,758 crore, is expected to more than double by 2017. The growth in the sector is largely due to a rapid increase in adoption of the system of medicine and the perceived effectiveness and efficacy of homoeopathic medicines.

Globally, over 600 million people use homoeopathy as a system of medicine to treat ailments. Of this, about 100 million are Indians and by 2017, the numbers are expected to climb to 160 million, he said.

Also, during that period, in value terms the market is expected to rise to Rs 5,783 crore. The sector also accounts for about 20 per cent of the total healthcare market in India, Dr Batra said.

Dr Batra, who controls the Rs 200 crore company, was in Bengaluru to participate in a conference on homeopathy medicine.

“There is a rapid increase in the number of trained homoeopaths passing out of colleges today. About 20,000 of them pass out per annum. Meanwhile, organised homoeopathy players have played a role in taking the system of medicine, developed in Germany over 250 years ago, beyond the Indian shores,” he said.

Today, Dr Batra’s is in the process of setting up branches in the UK and is planning more branches in West Asia. The company has been operating a multi-speciality veterinary hospital in south Delhi.