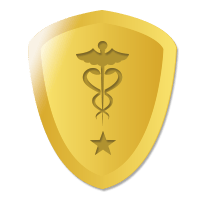 The award for the best doctor in the Homoeopathy Department has been won by Chief Medical Officer of Nedumangad Government Homoeo dispensary B.S. Rajasekharan.

The award for the best teacher in Government Homoeopathic Colleges has gone to the Superintendent of Thiruvananthapuram Homoeopathic Medical College, Jose M. Kuzhithottil.

The awards distributed by the Health Minister at a function to be held here on April 10, the World Homoeopathy Day.