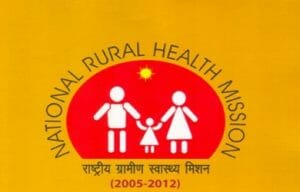 The Medical Profession is one which reaches directly out to the public and the doctors are the core around which this divine profession rotates. The authorities have insulted this dignified profession by the inhumane act of salary reduction of AYUSH NRHM doctors. NRHM doctors are not giving second or third grade service.

As opposed to their permanent counterparts, NRHM doctors have only three public holidays and 18 casual leaves. They do all the works that the doctors in the permanent sector do. The NRHM dispensaries have many limitations in terms of staff strength. Even within all difficulties commendable work is done by them as regards to all official works, project works, medical camps, awareness classes, preventive camps during epidemics, orphanage and anganwadi visits, school visits and such.

IHMA fiercely condemns this undignified act of infusing lowered self esteem, in those who sincerely work for the benefit of public health. As Governments come and go; year by year the salaries and benefits of Government servants such as Dearness allowance are gradually increased by each coming Government. As such is the scenario; the NRHM doctors who receive only a consolidated payment, this act of reduction in their salary alone, can’t be justified at any cost.

But last month onwards reduced the salary to Rs.22,500/- without assigning a valued reason.

IHMA hopes to bring this issue to the urgent and immediate notice of the authorities concerned. Whatever the solution; whether it is an additional PIP (Program Implementation Plan) to be convened; this insulting barbaric act has to be withdrawn.

Homeobook team contacted the officials of NRHM Kerala. As per their opinion, this happened because of the lack of central fund. An executive committee held on last month decided to give the arrear salary as and when AYUSH fund arrives. So that Ayush doctors will get arrear salary later. But unfortunately the salary structure of MBBS doctors remains the same. 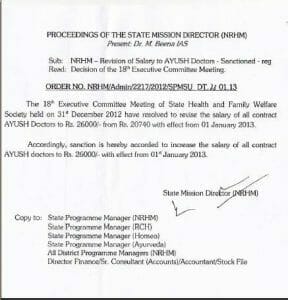