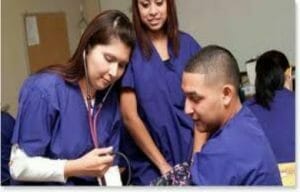 SRINAGAR, Oct 2:National Rural Health Mission (NRHM), aimed at establishing a better rural public health system in the country has been an average show in the state. Interestingly, the under utilization of this central government sponsored scheme is majorly due to the failure of the concerned state health ministry in working out the implementation part of the scheme.

National Rural Health Mission (NRHM) under which an ISM (Indian Science of Medicine) doctor practising in a far flung border area of any state guaranteed a minimum salary of Rs 25,000 is surprisingly paid a salary ranging between Rs 8000- Rs 16,000 in Jammu and Kashmir.

Not only this, the state government has not been able to fill up as many as 2500 various vacancies of health workers, health assistants, doctors and nurses/ midwifes, under NRHM in the state.

Even if this scheme entitles any AYUSH (ayurveda, yoga, unani, siddha and homeopathy) doctor who serves as a specialist, a doctor or even a para medico a salary above Rs 20,000.

However, in Jammu and Kashmir a doctor holding all the required eligibilities and serving in perilous border areas is given a meager salary which is not even half of what they are supposed to be paid.

The state health ministry, well aware of the huge disparity which the state based ISM doctors are facing has not been able to do much except formulating a proposal regarding an enhancement in the remuneration of specialists, doctors and paramedics, on which the final decision is still awaited.

Pertinently, due to NRHM insertion in the existing healthcare system, the mother and child health care indicators of the state have shown improvement over a period of time.

While replying to a question in the state legislative assembly, minister for health, Sham Lal Sharma said that the inception of NRHM based doctors in the rural healthcare system of the state has certainly been a great help.

According to a recent survey done to review the implementation of this scheme in the state, it was observed by the surveying authority, of Common Review Mission under NRHM , it was observed that there is a major shortfall of health practitioners who should be working in healthcare affected areas of the state.

The survey indicates that there has been a steady inflow of funds from the central government to the state of Jammu and Kashmir under NRHM. However, the state government has not been able to set up basic health services, hygiene, human resources and other amenities so far.

State Ministry for Health told legislative Assembly that another proposal for creation of 1947 posts of various categories of ISM department doctors has been submitted to the Planning and Development Department for approval. The Finance Department has also been approached to obtain the concurrence in this matter.

Meanwhile, to the issue of regularization of doctors in the primary and community health centers of the state, the concerned ministry said that there is no such provision under the said scheme.
Link : http://www.kashmirtimes.com/news.aspx?ndid=18168