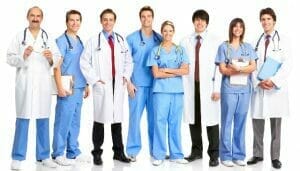 The Minister of State for AYUSH, Shripad Yesso Naik, has said there has been an increase in the number of practitioners of AYUSH system of medicine over the last three years.

The Government of India has also taken various initiatives to popularise AYUSH.

The National Policy on Indian Systems of Medicine and Homoeopathy-2002 envisages integration of AYUSH with the Healthcare Delivery System. Mainstreaming of AYUSH is one of the strategies in National Health Mission (NHM) as well which seeks to provide accessible, affordable and quality health care in order to improve the existing health care delivery system.

The Government has adopted a strategy of Co-location of AYUSH facilities at Primary Health Centres (PHCs), Community Health Centres (CHCs) and District Hospitals (DHs), thus enabling choice to the patients  for different systems of medicines under single window. The engagement of AYUSH doctors and paramedics and their training is supported by the Department of Health and Family Welfare, while the support for AYUSH infrastructure, equipment and furniture and medicines are provided by Ministry of AYUSH under National AYUSH Mission (NAM).