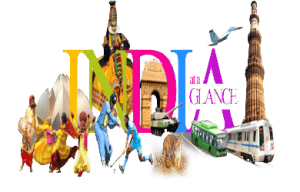 Sonipat: In a two-day conference here on universal health coverage, the experts suggested that India urgently needs to resolve issues pertaining to its healthcare sector in the light of the gross neglect the sector has witnessed over the years.

Participating in the conference, experts on Sunday surmised that the country’s healthcare sector has suffered monumental neglect due to politics steering the policy making decisions even as the crumbling healthcare system failed to deliver quality services to people.

He highlighted some of the key issues adversely affecting the growth of healthcare sector including “re-positioning the role of states, contradictory assessment of the National Rural Health Mission, contradictions in human resource policy and a gap between expectations and reality in private sector engagement”.

World Health Organisation recommends one doctor per 1,000 people but India has a doctor to population ratio of 1: 1,428. “74 percent doctors are in urban areas where they cater to only 31 percent of the population.”

Chikersal said the National Commission for Human Resources for Health (NCHRH) Bill, which sought to regulate health education by bringing it under a single umbrella council, had to be abandoned due to stiff opposition from different bodies.

Speaking on the way forward, Richard Cash, senior lecturer on global health, Department of Global Health and Population, Harvard T H Chan School of Public Health, said India needs to “learn from others, especially from those who share experiences”.

Ajith M Sharan, secretary, Ministry of AYUSH, said: “We need to look at different kind of paradigm” with more focus on paramedics, given the challenges faced by the healthcare sector in India.

“There are 700,000 trained AYUSH practitioners in India today and we need to integrate them officially into the system,” he said, adding, “but there is a fear that many of the AYUSH doctors won’t be able to impart quality services after a bridge course. (IANS)