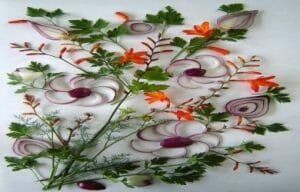 Throughout the history of Homeopathy, we have had a number of sources of information incorporated into our Materia Medica. Clinical cures, toxicological information and herbal lore, as well as proving data, have laid the backbone of our literature. The current explosion of provings now being carried out necessitates some explanation of the different methodologies.

Trituration ( and the study of potency)
A trituration proving involves the participants gathering together for one or more days to actually prepare the substance to be proven by trituration, according to protocols described in the Organon. Notes are taken and experiences shared both during the trituration itself and at the end of each round. Videotaping can be very helpful for accurate reporting.

I was introduced to this technique through necessity. Some 15 years back I needed a remedy which did not yet exist and was thus faced with the task of making it from scratch. The resulting experience was so unexpected and so powerful that it set in motion a process of active investigation which continues to this day.

The earlier experiences followed a protocol under which the provers came together for some hours one evening and took the trituration up to 3c in a single session. At the end of this session each prover gave a report on their experience. The group would reconvene after 10 – 14 days and report their further experience after which they were told the exact substance and the proving was officially concluded. At the end of the first session the 3c preparation was delivered to the Hahnemann Laboratories who ran the remedy up to a 30c. This was delivered to the participants. In the first such provings all participants took doses of the 30c.

With the passage of time it was determined that the taking or not or the frequency of repetition did not appear to have a significant impact on the end result and thus the choice was left entirely in the hands of the participant.

In the last years, influenced by the European homeopaths and Alize Timmerman in particular the protocols have been modified in the following manner:

The participants gather for 2 or 3 days in some suitable location which allows a complete freedom of schedule. Each round of trituration stands alone and is separated from the others by quite some hours, or overnight, allowing the full character of the particular potency to be experienced. In addition on occasion the trituration has been taken as high has 7c dependent on the demand experienced by the participants. Here it should be noted that each level differs markedly from the others and is a doorway to the study of potency.

Toxicological information
While not official provings per se, toxicological information has always been included in our Material Medica. New chemicals and drugs are regularly producing new remedy pictures, with symptoms on the gross material plane as well as on the subtler mental/emotional one. Records of poisonings with Arsenic and Strychnine, or observations of those under the influence of alcohol and other drugs, have contributed much to the clinical picture of these remedies. It is the supposition that each level of materiality contributes information that goes to make up the totality of the image. The material levels are given to us; the subtler have to be discovered.

Hahnemannian (classical)
While this word has become synonymous for correct, perfect, the last word in methodology, certain aspects of the early experimental origins of the Hahnemannian materia medica should be noted. Hahnemann “proved” many of his substances on himself, his wife and perhaps one other student.

Not much weight was given to statistical verification, double or even single blind trials etc. In the search for ʻscientific objectivityʼ currently in vogue in Homeopathy there is something that has been too lightly passed over.

Hahnemann himself participated in these experiments, not simply as an outside observer, but as an active force, bringing his own vital energies into direct contact with the object of the experiment. It is quite possible that this was done, not because he didnʼt know any better or didnʼt have the resources, but rather with full intent as a preferred method with its own intelligent and sophisticated structure. Another point to be made here is Hahnemannʼs insistence that every symptom be included in the proving data, no matter how irrelevant or incidental it may appear.

This is one view. Another is attributed to Hans Weitbrech who writes:

In Hahnemann’s times a proving was conducted in the following way:

1) All known effects of a substance were gathered

2) A low dose was taken to test, it was a material dose. These symptoms were recorded, also when and the way they follow each other. this gave them a guideline.

3) Then a low potentised does was tried. this gave them further information. they did not take each and every thing felt after the application of the dose they took as being related to the substances action, — Only things coming along as concommitants to the previously establiched symptoms were admitted.

4) they did provings with 6C later with 30C potencies and continued to add symptoms to the list in the same way.

Modern classical
In our time, the work of Jeremy Sherr has set a template for practical rigor in the way provings are conducted. A rough outline of this method is as follows. There is a Proving Master, Supervisors, and Participants. The proving master decides on the substance, known only to him/herself. Before the proving, the supervisors take the case of each of the participants under their management. The participants then take the actual remedy, in a range of potencies and some placebo, spread amongst the participants, until symptoms are experienced. The proving starts at the same time on the same day, as much as possible, amongst all the participants, wherever they are.

Modified classical
A subset of Modern Classical provings has been used extensively by Nancy Herrick for her series of provings. The remedy is given in the 30C potency only with no placebo. The proving master selects the substance and keeps it a secret. Most provers were students in the Hahnemann College and thus homeopaths or budding homeopaths. They have a choice of getting a supervisor or not. Provers take three doses maximally and take no doses after a symptom is experienced. The proving starts on the same day amongst all provers. All detailed symptoms are recorded in notebooks throughout the day and night. Participants are encouraged to record only symptoms that are new or different or stronger than their usual symptoms.

A group meeting is held at three weeks and each prover reports his or her experience in whatever manner they choose. The entire meeting is recorded on video and typed to add to the proving notes. The proving group (usually 2-4 students and the proving master) then assembles all the details from each prover, and meets to make an in-depth study of the proving during a 4-6 months period until they can agree on a set of themes. They then prepare rubrics from each verified symptom. Finally the natural substance itself is studied, to understand it and to delineate those areas where substance and proving themes come together.

The one exception to this protocol was with Lotus where all potencies (not just 30C) were used. Interestingly this did not make any difference whatsoever. Some provers had big reactions to low doses and some had no reactions to high doses.

Seminar
In a seminar proving, seminar participants elect to take a remedy that has been prepared from an unknown substance. The remedy may be given out in different potencies. Seminarians report on their dreams and symptoms at various times throughout the seminar and both common and particular themes and physicals are noted.

Meditation
A dream or meditation proving involves taking the substance (prepared in remedy form) to be proven into oneʼs hand or keeping it under the pillow at night, without actually “taking” it internally. Symptoms are discussed at the end of the meditation or the following day amongst group members.