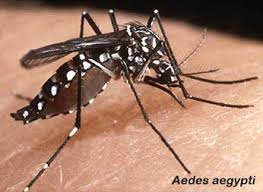 Introduction:
National capital Delhi is witnessing the worst outbreak of dengue this year with more than 1,800 cases of dengue having been reported in Delhi till September 12, 2015, even as the government attempts to contain the outbreak. Official data showed that more than 600 cases were reported in the last week alone. With 776 cases, North Municipal Corporation reported the highest number cases in the capital, followed by the South Corporation with 499 cases. Over 150 cases have been reported in areas under the East Corporation. This article proposes to reveal the role of homoeopathy in mass prophylaxis against dengue so that viable projects are undertaken in this direction.

Scope of Homoeopathy In Preventive Medicine

HOMOEOPATHY – based on the role of similars – is effective in treating all natural diseases. The law of similars in medicine means that the diseases are treated and cured by drugs capable of producing in healthy persons symptoms similar to the disease to be treated. The very same principle adopted in tertiary curative medicine is applied mutatis mutandis in preventive medicine also. In the event of an outbreak of an epidemic a suitable similimum can be found. This similimum known as Genus epidemicus can applied both as a curative in cases and as preventive for containment of the epidemic.

Conclusion
Homoeopathy is very effective in preventing this dengue outbreak. Impartial studies in Kerala, in the recent past, have shown its efficacy in protecting against vector borne arboviral epidemics. In the absence of vaccinations for dengue and prevention still dragging at the level of vector controlling measures, the government of Delhi can assess this proposal and utilize the services of a highly effective epidemic control therapeutic option provided by homoeopathy.