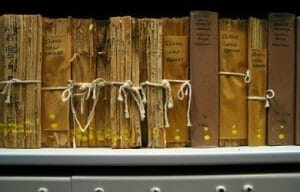 Proving.
Overdosing.
Poisoning.
Side effects of medicine administered to sick.
Experiment on animals.

Hahnemann,”Fragmenta de Viribus Medica Mentorum Postivis”
Published in 1805 (Latin).
Pathogenesis of 27 drugs.
Symptoms from effects of poisoning, excessive dosing and proving on himself and others.
No information of doses.
No information of mode of administration.
In “Medicine of Experience”- single full doses.
Out of 27 drugs ,22 carried to “Reine Arzneimittellehre”.
2 – Cuprum and Mezereum transferred to 2nd Edition of “Chronischen Krankheiten”.
3 – Cantharis, Copaiva and Valerian omitted.
Dr. Waring considered Fragmenta as the “basis of the homoeopathic system”.

Hahnemann,Reine Arzneimittellehre
1st Edition in 6 Volumes.
Volume 1 – 12 medicines – 6 new and 6 old ,1811.
Volume 2 – 8 medicines + 3 Magnets,1816.
Volume 3 – 8 medicines,1817.
Volume 4 – 12 medicines,1818.
Volume 5 – 11 medicines,1819.
Volume 6 – 10 medicines ,1821.
Total of 64 medicines ( 22 medicines from Fragmenta)
37 provers.
Langhammer’s symptoms both mental and moral should be taken with caution as he developed more or less same symptoms in all provings.
Stapf’s erotic symptoms and Von Gersdroff’s flatuosities should be taken with caution.
Provings are done in persons in perfect health and living in contentment and ease.
Symptoms in brackets are not genuine.
When fright, chagrin, external injuries, excessive enjoyment of pleasure during provings occurred no symptoms were recorded. When they were of mild variety they were enclosed in brackets. No information of dose and mode of administration.

Hahnemann’s 2nd Edition of Reine Arzneimittellehre”
Volume 1 – 1822.
Volume 2 – 1824.
Volume 3 & 4 – 1825.
Volume 5 – 1826.
Volume 6 – 1827.
66 medicines + 3 new remedies (Carbo animalis, Carbo vegetabilis & Ambergris in 6th Volume).
There are more observation of others.
All medicines except 13 medicines have citations from authors.
Medicines with citations are observation of poisoning and of over dosing.
Poisoning on healthy persons.
Overdosing on sick with disease of limited nature and with fair general health.
Symptoms conceivably from disease or occupying same seat should be excluded.
Hahnemann says it is easy to sift the effect of medicine from chronic symptoms of disease which was also emphasized by Grading.
Effect of medicines on sick serve for corroboration when similar effect is produced in healthy.
In” Medicince of Experience”, Hahnemann says a master can separate the disease symptoms from drug symptoms.
In” Organon of Medicine”, the medicinal symptoms are those observed for a long time ago or never before during the course of disease.
Grading took care in sifting medicinal symptoms from morbid symptoms.
Hahnemann did not follow it.
Eg. An epileptic who had piles developed haemorrhage on giving Cuprum.Hahnemann hasincluded this symptom under Cuprum.
Hughes suggest that addition of Guiding’s symptoms in Materia Medica Pura is questionable.
Baron Stoerck says in Cancer Conium can be given repeatedly as he suggested it had no bad effects.
Hahnemann did not believe in it.
Eg. A patient with Cancer breast coughs and brings up pus. Her lung might be involved due to disease. But Hahnemann attributes it to medicine.

Hughes says Hahnemann must have employed someone to collect medicinal symptoms in sick.
In symptoms borrowed by Hahnemann no clear cut differentiation between symptoms of poisoning and over dosing. In the new translation of Materia Medica Pura,the symptoms are corrected or bracketed when dubious.

Hahnemann’s 3rd Edition of Reine Arzneimittellehre
2 Volumes – 1830 & 1833.
No new additions.
Medicines as before, Causticum transferred to Die Chronischen Krankheiten.
More additions of symptoms – 30 – 40 symptoms.
These are Hahnemann’s and his observations on sick.
More number of fresh provings.
Amalgamation of symptoms of Hahnemann with others.

Hahnemann’s 2nd Edition of Die Chronischen Krankheiten
5 Volumes.
1st & 2nd Volumes – 1835.
3rd Volume – 1837.
4th Volume – 1838.
5th Volume – 1839.
22 medicines of 1st Edition + 25 remedies ( 13 new + 12 old in M.M.P.)
Total of 47 remedies.
Pathogenesis in a continuous list.
Those already appeared have more additions.
He has acknowledged the contributions of fellow provers.
27 provers.
Hahnemann included –
– The works of Hartlaub and Trinks ( Arzneimittellehre of their own )
– Independent provings of Stapf.
– Stapf ( Archiv – a journal )
– Prof.Jorg provings on himself and his students.
Hughes says Hahnemann added collateral effect of drugs with 30th potency in chronic patients .
30th potency in Centessimal.
Hughes says that the enormity of symptoms is due to provings on sick.
On reproving less number of symptoms were got on healthy.
Hughes says that the bulk of symptoms cannot be relied upon unlike in M.M.P.
Note:- Provings on healthy was conducted by Haller, Stoerck and Alexander before Hahnemann.
English translation of M.M.P. and C.D. by Hempel fell short of original.
In M.M.P. of Hempel medicines were arranged in Latin alphabetical order.
All names of authorities omitted.
Here no separation between symptoms of Hahnemann and others.
In Bryonia symptoms of Hahnemann follow others and symptoms of Hahnemann enclosed in brackets.
In Argentum and Camphor symptoms are thrown together without distinction.
Symptoms are printed continuously without being divided into separate paragraph and into section with headings.
The 2nd Volume of M.M.P. was translated of 1824 and not of 1833.
Ferrum and Verbascum were omitted.
Medicines in C.D. were omitted from M.M.P.
Wholesome omission and careless rendering of symptoms and also of introductions and notes.
New English translation is of Hughes and Dudgeon of M.M.P.
C.D. is translated by Hughes and Louis.H.Tafel.

Johann Christian Gottfried Jorg
He was a Professor in Lepzeic University. Jorg + 21 pupils + 2 sons + 3 females formed the provers.
1st Volume with 13 remedies was published in 1825.cines were given in moderate doses and taken repeatedly until impression was made. Symptoms were related in full just as they were made. In preface age,temperament,constitution of prover and a statement that he is in good health. He gives details of prover, dose taken, order and connection in which the symptoms appear.
Digitalis, Iodum and Nitrum of Jorg were transferred to the 2nd
Edition of Chronic Disease.
Jorg’s work is preserved in the library of College of Surgeons.
Also printed in the 4th Volume of Frank’s “Magazin”.

Drs.Hartlaub and Trinks, Reine Arzneimittellehre
It was formed to be a sequel of Hahnemann.
3 Volumes – 1828,1829 & 1831.
Contain symptoms of proving and poisonings.
Arranged in schematic order.
No information of the circumstance of experiment.
1st Volume – Plumbum,Cantharis,Laurocerasus,Phosphorus,
Antimonium crudum + 18 other drugs.
2nd Volume – Gratiola, Oleum an.,Alum.,Phelland.+ 14 other drugs.
3rd Volume – Bovista,kali.i.,Rat.,Stront.,Tab.+ > 30 drugs.
Used by 3rd Edition of M.M.P. and 2nd Edition of C.D.
Controversy of ‘Ng” -Nenning was a prover but Hahnemann says
” Ng” is anonymous.But Hering says he was a Surgeon and upright man.

Dr.Ernst Stapf ,
A journal,1822.
Hahnemann also took part in proving.
Included in 2nd Edition of C.D.
12 medicines added to M.M.P. of 1836.
Proved in single moderate and substantial doses.
Presented in usual form but with reference to experiments of provers.
Introduction of medicine contain information about former use and homoeopathic experience gained by it.
Translated to English by Hempel.
Valuable work according to Hughes.

Austrian Provings
Begun in 1842.
Homoeopaths in Vienna decided to reprove as they were not satisfied by the presentation of Hahnemann.
Primary provings of Argentum.nit.,Coccus.cacti & Kali.bich.. Society had 8 members.
Each was entrusted with a proving of 20 -30 provers. They undertook and supervised experiments and published them with full details upto that time.
The aim was to study the physiological action of drugs.
These were published in the Journal of Austrian Society for 4years.
Hughes considered it as the chief material for the construction of future Materia Medica.
They conducted reproving also in 1848..

Contributions from America
Dr.Constantine Hering
Provings include Lachesis,Glonoine,Apis,Merc.bin iod.,
Natrum sulph.,Osmium,Benzoic acid,Flouric acid,Oxalic acid,
Kalmia,Podophyllum,Eupatorium,Aloes,Allium cepa,Millefolium,
Sanguinaria (16 new remedies ) + Cuprum,Spongia,Stramonium,
Physostigma,Sepia (5 old remedies ).
10 Volumes of “Guiding Symptoms of our Materia Medica” form his contribution.
1st Volume – Hering , 1879.
2nd Volume – Hering , 1880.
3rd – 10th Volumes – C.G.Raue,C.B.Knerr, & C.Mohr ,1881 -1891.
48 Chapters.
408 remedies.
4 Grades.Hering was the first person to introduce evaluation in the Materia Medica.
Symptoms that appeared in provers and it were verified at the bed side a number of times.
He mentions this book as “the text” in his Lectures.
Contribution of Old School

Jorg.
Prof.Martin of Jena University proved on his students.He proved
Kali chlor..
Ferrum proved by followers of Rademacher was published in British Journal of Homoeopathy.
Prof. Schroff proved on animals and human beings. His contribution is Aconite.

Contributions from France
Quinine by Dr.Alphonse Noack.
Main compilers of Materia Medica in France were Dr.Roth and Dr.Jahr.

Contribution of others in Germany
Buchmann’s Chelidonium.
Reproving of Cuprum by Central Verein
Contributions from England
Kali bich. by Drysdale.
Naja by Russel.
Cedron by Casanova.
Cotyledon umbilicus by Craig.
Uranium nitricum by Edward Blake.

Contribution from Spain
Tarentula by Nunez.

Contribution from Italy
Cactus by Rubini.

Contributions from Brazil
Provings of plants and animals indigenous by Dr.Mure.
They are of obscure origin and doubtful value.

Allen T .F
10 Volumes “Encyclopedia of Pure Materia Medica”.
Under heading of each drug are collected all symptoms    obtained from it by every prover from Hahnemann to latest student in America.
All are copied ,translated and arranged afresh and every information about the circumstances of proving.
Also added poisoning and overdosing symptoms since Hahnemann.
A number added with each symptoms refers to observers of it.
Appended to his name,is information of form and dose of drug and subjects in whom it was administered.
Many symptoms cited by Hahnemann from others received illumination by revising from the original.
Contain contributions from Dr.Richard Hughes,
Dr.Caroll Dunham, Dr.C.Hering and Dr. Adolph Lippe.
Alphabetical arrangement of drugs.
Symptoms are arrranged in accordance with the anatomical plan.
Sub grouping has been made in accordance with the following general principles in any part.
First – General symptoms not localised definitely.
Second – Localised symptoms.
Appearance of a part is given first.
Afterwards sensation.
Symptom denoting increased activity are given first.
Those denoting depression and loss of action or function follows.