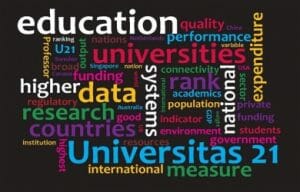 New Delhi: Presently 52 Universities (including Deemed Universities) in the Country are offering Courses in Homoeopathy. Number of Homoeopathic doctors available in the country is 2,79,518 as on 01.01.2014.

The Central Government is in the process of establishment of a North Eastern Institute of Ayurveda and Homoeopathy at Shillong.

The Central Government has provided treatment facilities in Homeopathy under its CGHS Scheme in seventeen (17) different towns and cities.

Government of India has approved and notified National AYUSH Mission (NAM) as a centrally Sponsored Scheme on 29.09.2014. Under National AYUSH Mission (NAM), there is a provision of financial assistance to the States/ UTs for AYUSH systems including Homoeopathy for infrastructure, equipment, furniture, medicines etc. at co-located AYUSH facilities at Primary Health Centers (PHCs), Community Health Centers (CHCs) and District Hospitals (DHs) as well as standalone AYUSH hospitals and dispensaries.

This information was given by the Minister of State, AYUSH(IC), Shri  Shripad Yesso Naik in a written reply to a question in Rajya Sabha.