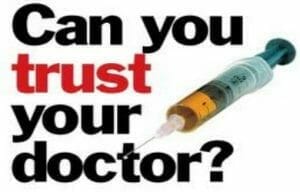 Sad news from West Bengal...After Maharashtra and Madhya Pradesh…Westbengal is also on its way to degrade Homoeopathy.

As per the GO No. HF/)/AYUSH/911/1A-44/2011 dt 6th Feb 2014 by the Ayush Branch of Department of Health and Family Welfare, Govt. of West Bengal  Ayush doctors can prescribe allopathy medicines.

In 2011, Govt. of West Bengal appointed a committee, the report of the committee was in favor of Allopathy medicine prescription by Ayush Doctors.

CCH is against inclusion of Allopathy Pharmacology in BHMS Syllabus
The Central Council ratified the minutes of the meeting of Education Committee which have not been discussed elsewhere. In respect of Item No. 5 of the said minutes there has been a long debate wherein the members representing the States of Kerala, Andhra Pradesh, Goa, Punjab, West Bengal, U.P., Bihar, Jharkhand, Odisha, Assam, Tripura, Himachal Pradesh, Haryana and Tamilnadu did not agree for the inclusion of allopathic pharmacology in the syllabus of BHMS Course, and the Council with majority decided accordingly
Source: http://www.cchindia.com/minutes-of-cch.htm

Homeopaths can prescribe allopathy in National Programmes – Clinical establishment act
“There was a question raised by a member pointing out that many of the AYUSH doctors are prescribing allopathic medicines which is against the Supreme Court guidelines and same should be included in the minimum standards.

The Chairman pointed out that wherever the AYUSH doctors are working under a National programme, they may  prescribe the medicines given under that programme.
Source : http://clinicalestablishments.nic.in/WriteReadData/280.pdf

In Nov. 1851, a Native Homoeopathic Hospital and free dispensary was started at Calcutta under the patronage of the honorable Sir John Hunter Little, Dy. Governor of Bengal and President of the council of India.

Dr. Mahendralal Sirkar helped in establishing homoeopathy in India. He has obtained M.D. degree from Calcutta University. Dr. R. L. Dutta had converted Dr. M. L. Sirkar to homoeopathy. He was basically an allopathic physician, but after reading some books on homoeopathy he got interest in the subject. After seeing the efficacy of homoeopathic medicine with Rajen babu, he became a member of homoeopathic society.