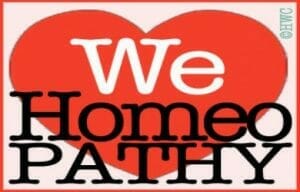 Louise Mclean
When the Government recently decided to support patient choice and continue funding homeopathy on the NHS, there were howls of outrage from leading medics and skeptics alike. Its statement published at the end of July appeared to ignore the Chief Scientific Advisor’s advice, as well as an Evidence Check Report published last February by the House of Commons’ Science and Technology Committee.

In its response to the conclusions of the Report, the Government decided to continue paying around £4 million a year to keep homeopathy available to NHS patients. This was great news for those who choose it but the British Medical Association (BMA) were not impressed. At their annual conference in July they had voted against the funding, despite the fact that the founder of our public health service, Labour MP Aneurin Bevan, had pledged his commitment to homeopathy at the birth of the NHS in 1948.

Nowadays, millions of people around the world use homeopathic medicines. One million people in Europe take it, with almost all French pharmacies dispensing homeopathic remedies and 70 per cent of French doctors considering it effective. In Germany 20 per cent of doctors treat patients with homeopathy and in the Netherlands 47 per cent. In India there are 400,000 homeopathic doctors with 13,000 graduating every year! Its popularity continues to grow, making it a threat to the powerful pharmaceutical industry.

Huge savings could be made if more patients went to homeopathic doctors and practitioners. For example, the cost of treating asthma on the NHS is £1 billion annually, yet many people have been cured after having homeopathic treatment. Angela Byrne, 44, from Surrey, suffered since the age of 16, her asthma becoming full blown by the age of 26. For the next 14 years she ended up using two inhalers. ‘When I was 40, I went for homeopathic treatment and for the past four years, I have no longer needed any medication whatsoever when my symptoms disappeared for good!’

A new row broke out recently when the BMA uncovered the fact that spending on homeopathy in Scotland is double that of the rest of the UK. This amounts to an annual total of 60,000 prescriptions with the Scottish Government backing the funding.

It was revealed in a programme aired on BBC Scotland on 13th September entitled ‘Magic or Medicine’. The overall water theme of the programme was an attempt to emphasise the notion that homeopathy is nothing more than water, which completely missed the fact that all remedies are made using one-third alcohol as a preservative, an integral part of the preparation! Dr. Ben Goldacre, a health journalist who wrote a book called Bad Science debunking homeopathy, asserted that homeopathic medicines work only through the placebo effect, though the question would then arise as to whether pharmaceutical drugs work in a similar manner.

When the Commons’ Science and Technology Committee conducted its Evidence Check last November, it also concluded the action of placebo effect. Yet the fact that homeopathy successfully treats animals, tends to discount this, through at least 85 animal studies.

Only half of the 14 Members of the Science and Technology Committee actually attended the two oral hearings and those MPs who did, appeared to have little knowledge or understanding of it. Of the nine witnesses called at the first hearing, the only two who had any relevant qualifications were Dr. Peter Fisher, the Queen’s physician and Clinical Director of the Royal London Homeopathic Hospital and Dr. Robert Mathie, Research Development Adviser of the British Homeopathic Association.

The Commons’ Committee Report was voted on by just five of its fourteen members, with only three MPs ratifying it, yet next day the headline went round the world proclaiming: ‘MPs call for an End to Homeopathy on the NHS’, based on just three votes!

In addition, out of a total of 66, nearly 40 positive written submissions compiled by the homeopathic profession, did not seem to have been properly considered by the Committee. There was also noone called to represent patients.

Homeopathy has always provoked violent reactions and efforts to try to ban it are not new. In 1858 the British Medical Association passed internal rules that forbade their members from practising it or even consulting with a homeopath.

In 1847, the American Medical Association published a code of ethics which also stated that physicians would lose their membership if they consulted with a homeopath. At an AMA meeting, Dr. J.N. McCormack of Kentucky, who was the driving force behind the 1903 reorganisation of the AMA, said: ‘We must admit that we never fought the homeopath on matters of principle. We fought him because he came into the community and got the business.’

So why does the medical establishment feel so threatened by this gentle form of treatment which is cheap, can be used by pregnant women, babies and the elderly with few, if any, side effects and people swearing by its effectiveness?

Many of the famous swore by it including writers Charles Dickens, William Thackeray, George Bernard Shaw; artists such as Renoir, van Gogh, Monet and Gaugin and the composers Beethoven, Chopin and Schumann, to name a few. Are we expected to believe these cultural giants were deluded into taking placebos?

During these times homeopathic medicines also proved to be extremely effective in treating epidemics throughout Europe, Britain and America, such as scarlet fever, cholera, typhoid, diptheria, yellow fever, polio and influenza.

In 1854 there was a cholera epidemic in London but when the House of Commons asked to see a report about the methods of treatment, patients who had received homeopathic treatment at the Royal London Homeopathic Hospital, were not included. The House of Lords then demanded an explanation and it was later shown that under conventional medical care the death rate was 59.2 per cent but for patients under homeopathic care, only 9 per cent!

Vigorous attempts to stamp out homeopathy were stepped up in 1910 when the Carnegie Foundation commissioned a report by Abraham Flexner, a prominent figure chosen to reform American medical education. This report was an evaluation of US medical schools and it gave the homeopathic and herbal colleges a bad rating. In 1900 there had been 22 homeopathic colleges but only two were left in 1923.

Despite what critics say, there have been a great number of trials and studies on homeopathy over the past 20 years. In 2007, the largest one ever undertaken was of 2.3 million people in Cuba. An epidemic of leptospirosis was prevented during the flooding season when the Cuban government decided to treat the entire population of the worst affected provinces with a homeopathic medicine, due to a shortage of vaccines.

Leptospirosis is an infectious disease of a bacteria called spirochete caused by ingesting contaminated water or food during periods of heavy rain and flooding. It can lead to inflammation of the nerves of the eyes and brain as well as meningitis. Right upper area abdominal pain may occur and less common symptoms relate to disease of the liver, lungs, kidneys, and heart.

The Finlay Institute in Cuba prepared the remedy Leptospira 200c using four circulating strains and people were given two doses taken seven days apart. Within a few weeks, the number of cases had fallen by nearly 90 per cent to only four cases per 100,000 per week. The 8.8 million population of the other provinces did not receive homeopathic treatment and the incidence was as forecast.

Many eminent scientists and doctors vehemently dislike homeopathy because it challenges their scientific viewpoint and they would rather close their minds and deny it. Yet the spirit of science demands experimentation and investigation. The truth is that the history of homeopathy is littered with scores of conventional medical practitioners who converted to using it.

Dr. Brian Kaplan of Harley Street, London, is one such convert. He first discovered homeopathy in 1981 just after he had qualified as a doctor. “I wandered into a bookshop and a paperback caught my eye. It was called Homeopathy by a Dr. A.C. Gordon-Ross. I had heard of homeopathy but never dreamt that it was used by doctors. I was entranced by the story of Dr. Gordon-Ross and realised that I would have to look into this.”

“I had found medicine fascinating but ultimately too mechanistic. The theory of homeopathy felt intuitively correct. It made sense in most cases to try to stimulate the body’s natural healing ability to do the job itself. I saw some results in my early days as a homeopathic doctor that really blew me away! This is the story that you will hear from many homeopathic doctors.”

“When I first began studying homeopathy, I had to have four wisdom teeth out under local anaesthetic. They were hard to get out and my mouth was left bruised and bleeding. I couldn’t even eat that evening. I took Arnica 200c and Hypericum 10M, using Hypercal solution to rinse my mouth. When I woke up the next morning I couldn’t believe the result! I had no discomfort at all. I simply couldn’t believe how dramatically I had responded.”

He continued: “When working at a charity clinic I inherited a patient whose arthritis had consistently responded to Argentum Metallicum 6c. One day she came to me in great consternation because the pills had not worked at all. I asked to see the bottle of pills, which she happened to have on her. They were a different remedy, Argentum Nitricum 6c. This showed me that homeopathy was not placebo.”

The question must be asked why so much time, effort and money is being put into attacking homeopathy? If it really was just harmless sugar pills, what would be the point? If millions of people say it worked for them, can this all really only be ‘anecdotal evidence’?

In fact homeopathy is actually based upon sound scientific principles. Discovered by German doctor Samuel Hahnemann over 200 years ago, he was the first doctor to conduct trials on medicines! In his first experiment, though perfectly healthy at the time, he found that by giving himself repeated doses of cinchona bark (quinine), he brought on all the symptoms of a malaria attack – fever with heat and chills.

He then wondered if a substance that could cause a disease might cure it by using tiny doses, which he found to be the case. This is healing according to the Law of Similars or ‘like cures like’, described by the Greek physician Hippocrates as far back as the 4th century BC. Orthodox medicine generally utilises the Law of Opposites, i.e. antibiotics, anti-inflammatories, antidepressants, antihistamines, etc.

Hahnemann set about discovering the healing properties of plants, metals and minerals by testing them on himself and on healthy volunteers or ‘Provers’, recording all the symptoms that each substance caused. He even created a ‘Provers Union’!

After some years of practising, Hahnemann found that the tiny doses of substances he was using, were still causing side effects but when he reduced the dosage too far, there was no effect. He noticed that by serially diluting and succussing a substance (shaking and striking the phial a number of times between numerical potencies), it became safer to use on the sick. He found unwanted side effects disappeared and medicines were made more effective.

Hahnemann went on to test hundreds of substances on himself and healthy volunteer Provers, matching the tested substances to heal symptoms in his patients and all the while keeping accounts of detailed observations. Far from being ideas-based, this is completely evidence-based, empirical medicine – an almost unique concept at that time.
© Louise Mclean 2010