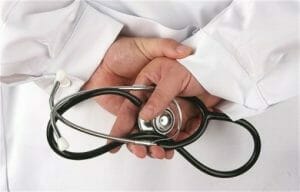 India : The country has 7.37 lakh practitioners of alternative medicine streams like Ayurveda, Siddha, Homeopathy and Unani registered with the AYUSH Ministry and over 3,600 AYUSH hospitals, the Rajya Sabha was informed today.

Replying to a question, Minister of State (Independent Charge) for AYUSH Shripad Yesso Naik said that as per his Ministry, there are 47,683 Unani, 8,173 Siddha and 1,764 Naturopathy practitioners registered in the country.

As far as Homeopathy practitioners are concerned, Maharastra leads with 59,831 registrations. It is followed by West Bengal with 36,415, Uttar Pradesh with 32,703 and Bihar with 30,536. There is no central regulatory board on Yoga and Naturopathy practitioners.

Naik revealed that there are 3,601 AYUSH hospitals, including 2,827 Ayurvedic, 252 Unani, 264 Siddha and 216 Homeopathic operating across the country.

The Minister added that there are 513 undergraduate and 145 post graduate AYUSH colleges across the country.

In reply to another question, Naik said that Rs 75.28 crore was released during financial year 2014-15 under National AYUSH Mission (NAM) for development and promotion of AYUSH.