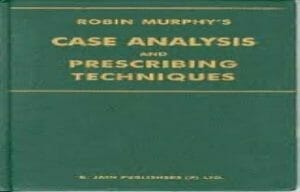 Lord Bacon once said, “Truth is the daughter of time not of any authority”. So our interest is to find out truth through appropriate logic of present day context for better analysis and evaluation of symptoms after the case taking.

Analysis of the Case: It is nothing but the case study about its content for the appropriate treatment by

Classification of disease i.e. Indisposition / dynamic / Surgical / one sided / local diseases help in fitting of case for homoeopathy or not. Acute / Chronic / Acute excerbation of chronic diseases diagnosis help in selection of the specific symptoms for totality. After the Analysis of the case, Analysis of the symptoms is to be done to the case fitting for Homoeopathy.

1. Dr. J. N. Kanjilal in his book “Repertorization” categorize the symptoms as:

Dr. R. P. Patel in his book “The Art of Case Taking and Practical Repertorisation” classifies the symptoms as:

Dr. M. L. Dhawale in his book “Principles & Practice of Homoeopathy” breaks the symptoms as:

After studying the all these three stalwarts view, it is my recommendation to classify all general symptoms into Qualified (defined) and Unqualified (undefined) and Particulars as Characteristic and Common and then selection of all qualified (Defined) Generals and Characteristic particulars categorization can be done as follows by renovation:

Mental General concomitant if any.
These are nothing but the Qualified Mentals.

Intensity:         Example: No mense or Menstruating twice in month

Modalities       Example: Aggravation before, during, after coition.

Physical general concomitant if any.

Particular concomitant if any.

Utility of Analysis of symptoms
The answer run parallel to the saying of Computor Application i.e. Garbage In = Garbage Out. To avoid the Garbage in Erecting Totality, Eliciting Repertorial Syndrome, Selection of Symptoms for PDF, we need the analysis of symptoms.

Master Hahnemann’s instructions help us for Analysis of symptoms. While case taking Master Hahnemann in aphorism 84 instruct us not to intrupt in middle while the patient is telling his story which may break the flow of thought and if broken the second time the flow of thought may come in different manner. Again in aphorism 85 he tells to give a demarcation line at the end of every symptom and some space before the demarcation line so that the unrevealed problems can be completed asking the questions. So the case is having full important and unimportant symptoms for homoeopathic prescription out of which we have to choose only the characteristic symptoms as per the aphorism 5 and 153. In aphorism 5, master tells us to consider the exciting causes in acute diseases and fundamental causes in chronic diseases which are nothing but the chronic miasms. In chronic cases, Mater instructs us to consider the physical constitution, moral and intellectual character, social and domestic relations, occupation, habits etc. but simultaneously warn us to be alert in taking the characteristic symptoms in mental, physical and behavioural level in the aphorism 153 of 6th edition of Organon  while praising Boenninghausen is as follows:

“The more general & undefined symptoms; loss of appetite, headache, debility, restless sleep, discomfort, and so forth, demand but little attention when of that vague & indefinite character, if they can’t be more accurately described, as symptoms of such a general nature are observed in almost every disease & from almost every drug”.

View of the different stalwarts for defining evaluation of symptoms:

Boenninghausen’s Evaluation as per Dr. Robert

Evaluation of qualified symptoms as per Kentian School

Evolution of Kent’s Concept of Totality:

i) How the physical & mental aspect of the person unrelated to the disease help in cure in the treatment of Homoeopathy ?

ii) He developed an earnest desire to learn truth behind those so irrelevancy used in Homoeopathy.

iv)   Then he gave his own theory of disease formation as follows:

Derrangement of Vital Force by pollution of Mind.

Physical reaction to environment is altered. Then only Full pledged Latent Psora causes the disease later to the that organ which is weak.

The Evolution of Boger’s Concept

Boger’s School of Evaluation ( The era of Modernisation in Repertorisation by bridging Kent and Boenninghausen schools : Kentian Concept in Boenninghausen’s format )

3. Limited generalization of particulars can be done to upgrade into Generals.

Conclusion: Proper Evaluation of symptoms is necessary for the erecting totality as per the philosophy of Repertory the case is adapted to. Even with the same set of symptoms, totality/conceptual image by Boennighausen Philosophy, Kentian Philosophy and Boger’s Philosophy differ. Thus in case of the cross – repertorisation, without changing the totality and again the erection of totality as per the philosophy of that repertory is required through the evaluation for comparative study.

N.B.  The paper “Analysis and Evaluation of symptoms of the Case for Repertorization”is presented at Father Muller Homoeopathic Medical College and Hospital in Repertory Re – Orientation Training Program 3rd module of AYUSH, Ministry of Health & Family Welfare, Govt. of India, on 28th March, 2009.