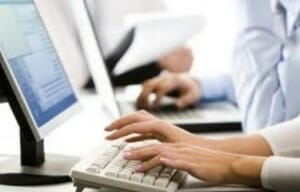 According to Castro ”  The act of resolving or reducing or breaking the whole in to pieces or groups is called analysis”.

In analysis of the case the value of symptoms must be taken in to consideration on several points. First the personality ,the individuality of the patient must stand out in the picture.

Secondly they should be categorized under subjective, objective, general, common & uncommon symptoms.

Purpose of analysis
To identify the prescribing symptoms in a given case.

Hahnemannian concept
In aphorism 153 Hahnemann described two group of symptoms in a given case. They are more striking, singular, uncommon & peculiar (characteristics ) symptoms and the” more general & undefined symptoms.”

Kentian method
Kent divided the symptoms in to

Boger’s method
According to Boger analysis is assembling of symptoms in to those of the patient & those of the disease – means Path gnomic & non path gnomic symptoms.
The final analysis of every case therefore resolves itself in to the assembling of the individualistic symptoms in to one group and collecting the disease manifestation in to another “.  (Study of MM by Boger)

Most of the authors divided the symptoms in to
General _ Characteristics (Rare, uncommon, peculiar, strange)
Particular

Evaluation of symptom implies the principles of grading or ranking of different kinds of symptoms in order of priority, which are to be  matched with the drug symptoms in order to cover the characteristic totality in a natural disease condition with that of drug disease.

Basically symptoms are ranked according to their intensity, how deeply they reach in to the organism ( mental will & emotional symptoms are considered most important ) and according to their degree of peculiarity.
According to Kent ” all symptoms of will and affections including desires and aversions are the most important as they relate to the innermost of the man. Of less value are those relating to intellect ,while those of memory are to be ranked lowest.

But according to Elizebeth wright ” on the other hand just because the physician knows that mental symptoms are most important he should not hunt in the haystack for a tiny mental, with which to open his case. The symptom should have the same importance the same weigh or mass ,in the patients case as is assigned to them in the symptom hierarchy.

Need for evaluation
A case is full of symptoms of which all are not of same importants and value.Therefor in order to reach the similimum the symptoms have to arranged accordingly.
The evaluation of symptoms is based on the basis of operating schools of philosophy.

Kentian maethod
Kent was the first to introduce the scheme of analysis, evaluation & gradation of symptom to reach the similimum. Kent has given highest emphasis to mental generals reflecting the inner most of the patient.

2. Common syptoms
This symptoms are common to a particular disease or are found in several patients as a common factor. They are usually of secondary importance and do not play much role in the selection of similimum, unless they have peculiar modalities.
3. Particular symptoms
The symptom which are related to a particular part or organ or functions of the body.

Importance
This symptoms tend to disturb the patient most and he seek consultation for them only .Thus the prescription of acute necessity will be based on this particulars.
The generals help in the delineation of out line where as particulars furnish the details to differentiate the remedies.
Strong particulars may point to a small group of remedies, this helps in a quick prescription.
Top grade particular Which are peculier,uncommon.uncompeted & un accountable
Eg. Inflammation with out pain
2nd grade particular
articulars with marked modality
3rd grade particulars
Common particulars without any appreciative  modality, having diagnostic value only

Hahnemannian method
Categorized the symptoms in to
Generals & Uncommon