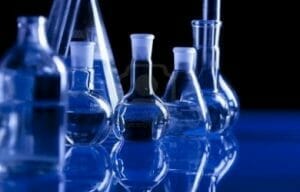 Anuria < 100 mL
Total anuria is usually due to obstruction in the urinary tract.

b. CHEMICAL TESTS
To assess the permeability of glomerular membrane

Thus, clearance refers to the volume of plasma that would be necessary to supply the amount of substance excreted in the urine per unit time.

Thus, renal clearance of a substance is calculated from the urinary excretion rate (Us × V) of   that substance divided by its plasma concentration

Estimation of GFR
If a substance is freely filtered and is not reabsorbed or secreted by the renal tubules, then the rate at which that substance is excreted in the urine (Us ×V) is equal to the filtration rate of the substance by the kidneys (GFR  × Ps)

a. Inulin or mannitol clearrance test

Creatinine clearance test
Normally released in to plasma by muscle metabolism and is cleared from the body fluids almost entirely by glomerular filtration.

Because measurement of creatinine clearance does not require intravenous infusion into the patient, this method is much more widely used than inulin clearance for estimating GFR clinically

A blood sample is taken for plasma creatinine analysis

For women, the estimated GFR is multiplied by 0.85 because muscle mass is less.