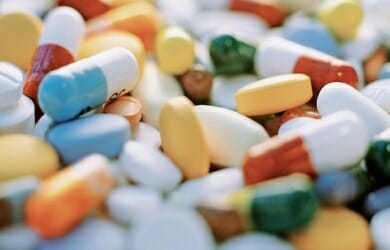 Many antibiotics may increase the risk of heart attack in people with underlying heart disease such as arrhythmias, structural changes to the heart, or heart damage from a previous heart attack.

A research published in the New England Journal of Medicine studied more than a million cases of antibiotic-treated patients in 2012, and discovered that patients taking azithromycin for five days were three times more likely to suffer a fatal cardiovascular event, compared with patients who took no antibiotics. Azithromycin also appeared to cause irregular heartbeats in some patients. Similarly, erythromycin and clarithromycin were found to be linked to an increased risk of sudden cardiac death.

Another study published in the Journal of the American College of Cardiology analyzed 33 studies involving more than 20 million patients between 1966 and 2015. Researchers compared patients treated with macrolides to similar patients treated with other antibiotics or patients who did not receive antibiotic therapy. This time researchers examined each macrolide separately: azithromycin, clarithromycin and erythromycin. In this analysis, researchers found that each antibiotic was linked to an increased risk of sudden cardiac death or ventricular tachyarrhythmia.

On March 3, 2013, the FDA made a follow-up announcement with a warning to the public that azithromycin can cause abnormal changes in the electrical activity of the heart, which may lead to a potentially fatal irregular heart rhythm.