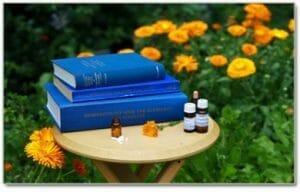 Union government’s Department of Ayurveda, Yoga and Naturopathy, Unani, Siddha and Homoeopathy (AYUSH) has now issued a notification vide G.S.R.844(E) F.No.K.11020/05/2011-DCC(Ayush) on the amendment of the of certain rules in the Drugs and Cosmetics Rules, 1945 dated November 26, 2012.

These rules are now referred to as Drugs and Cosmetics (5th Amendment) Rules, 2012 and would be enforced from 2013.

The Drugs and Cosmetics Rules, 1945, under rule 161, in sub-rule (1), after the words ‘true list’ of all ingredients” the new insertion is effective. This would be read as ‘with the botanical names of plant based ingredients along with plant part(s) and form of ingredients’.

The second change in the Rules is after ‘First Schedule of the Act’. A new insertion made is ‘in respect of Patent or Proprietary Ayurveda, Siddha or Unani drugs, the true list of all the ingredients with the botanical names of plant based ingredients along with plant part(s) and form of ingredients, in which, these are used in the formulation, with their quantity’.

If needed standardized abbreviations prescribed for part(s) and form of Ingredient(s) in the official Ayurveda, Siddha and Unani Pharmacopoeias and Formularies, maybe used on the label, stated the Notification.

Under the sub-rule (3), after ‘Ayurvedic (including Siddha) or Unani drug’ the words ‘and Patent or Proprietary Ayurveda, Siddha or Unani drugs’ shall be inserted.

The  draft of certain rules to amend was published, vide notification G.S.R. 249(E), dated  March, 22, 2012 in the Gazette of India, Extraordinary, inviting objections and suggestions from industry likely to be affected thereby before the expiry of a period of 45  days from the date on which copies of the Official Gazette containing the said notification were made available to the public, said A K Ganeriwala, Jt. Secretary, Department of Ayurveda, Yoga and Naturopathy, Unani, Siddha and Homoeopathy, in the note addressed to the industry.

The Gazette was made available to the public on March 22, 2012 and the  objections or suggestions received from the public on the draft rules have been considered by the Central Government. Now under section 33-N of the Drugs and Cosmetics Act, 1940 (23 of 1940) the Central Government, has made the related changes to the rules  to amend the Drugs and Cosmetics Rules, 1945, which would come in to force after one year from the date of their final publication in the Official Gazette. The last amended notification was vide GSR No. 575(E) dated July 17, 2012, stated the note issued by the  secretary, department  of Ayush.[Source]