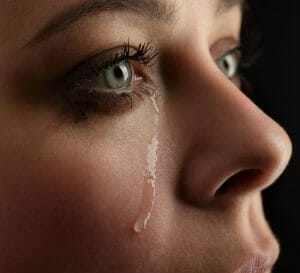 The sad but exasperated story of homoeopathy degree and PG holders in many states of our country – because of the unnecessary delay in the inclusion of courses in the second schedule of the Homoeopathy Central Council Act 1973.

Because of this ‘unjustifiable’ delay in the hi-tech era, many degree and PG holders lost their job, placement and higher education options for a long time.

Procedure
As per the procedure, concerned college should submit the details to the University intermediately after the the declaration of result , the University should send all the details including the question papers, name of the candidates, date of beginning and completion of their course etc. to the CCH. The CCH then examine all the details, will communicate to the concerned University for the remaining details if any, after that CCH will forward the same to Central Government, they will examine it and issue Gazette notification.

Time period : 2 months to 2 year depending on the completeness of submitted documents and response from Universities.

Here is a true story of a homoeopathy postgraduate who lost his job one after another.
———-
“This is my painful duty to inform you all that Fr Muller Homoeopathy Medical College has started P.G. courses in Practice of Medicine, Paediatrics, Psychiatry & Homoeopathic Pharmacy from the academic year 2007-08. At present all these courses are being conducted regularly at Fr Muller Homoeopathic Medical College, Mangalore. The first batch has completed the course in 2010.

It’s been 9 big years and 7 batches passed out the college till date but all these 4 courses has not been notified in the II schedule of HCC Act 1973.

Everyone might know that according to the CCH Rule (II schedule of HCC Act 1973) any medical qualification either BHMS or MD (Hom) granted by any University, Board or other medical institution in India which are not included in the second schedule will be considered as “NOT RECOGNISED”. Also without having this you may not get your registration done in the Central register of CCH. Also according to the MSE Regulation 08.03.2013 the essential educational qualification for Lecturer in any institute is PG degree, the one included in second schedule of HCC Act 1973.

Even after knowing all these technicalities neither the college nor the RGUHS University has taken any steps so as to get these 4 courses included in the second schedule of HCC Act 1973 and get recognition. Finally, we all students became the ultimate victims of their negligence.

I was the one among the majority who believes that FMHMC is probably the best institute in the field of Homoeopathy. Keeping all in the mind with lots of dreams after scoring 72% and Willmar Schwabe’s Merit award in BHMS, out of the way from North India I went to FMHMC for perusing MD course. There I saw that among all 7 streams PM, Paedia, Psychiatry, & Pharmacy (all clinical branches) were most demanding and college is charging more tuition Fee in this regard.

After my formal interview, I was told to take any of the branches. I chose Homoeopathic Pharmacy. In 2013 I successfully completed my MD (Hom) with First class scoring 71% marks.

Later I joined as Assistant Professor at CHMC Uttarakhand. Last year in July 2015 when I was selected for RA post in CCRH, I was told that while scrutiny my academic records, they have found that my MD degree in not recognised and it is not included in the second schedule of HCC Act 1973. I was told to produce any supportive documentary evidence in this regard so I could save my job.

I was shocked and surprised. I checked then official website of CCH, there I found that only 3 branches of PG (Mat medica, Organon & Repertory) in FMHMC are included in second schedule and recognised since 1999 onwards (Kindly refer CCH website – II schedule of HCC Act 1973 – Karnataka). Due to this, I lost my RA job. Later on after knowing all this & according to the MSE Regulation 08.03.2013 I was told that as my MD degree is not recognised yet, I am not illegible for Lecturer post too.

In the meantime, CCRH had called for 32 RO permanent posts. I applied and got my application rejected again.

And now NHMC, New Delhi has called for 24 Lecturer posts, they are also looking for the same qualification.

I don’t know how to say this to you all but I might as well now as I have nothing to lose. I have already lost many things. All that money and 3 precious years of my life are wasted. I am broken inside. These days I see no light, no hope, and no confidence. Whatever talent whatever ambition all these consistent rejections took it all away.

One after another I am losing jobs seems everything is vain and my career is ruined. That was me who took this decision for doing MD from FMHMC. More than me my parents are worried about my future. Hereafter we would never suggest anyone to go to FMHMC”.
——————————-
This is true in the case of Homeopathic Pharmacy and Practice of Medicine students of University of Calicut and University of Kerala. They completed their PG course in 2006, their course included in second schedule of HCC Act 1973 in 2016 only.

Who is the culprits in this case?
We are requesting a Department of Ayush inquiry in this matter.

Let us hope, FMHMC,Department of AYUSH, our apex body CCH and Universities will realise the magnitude of this problem and act promptly, for supporting the new generation homoeopaths.

This type of highly irresponsible attitude never expected from institutions, universities and authorities.