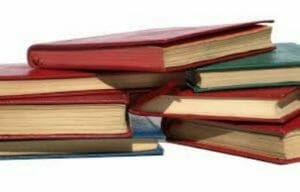 An RTI plea filed by a suspect in the 2006 Mumbai train blasts case has once again brought to the fore the thorny question of the constitutional rights of undertrials in jails. The issue of whether the right to information and right to education are available to an undertrial in prison — and to what extent are the rights available — has been taken up by the Delhi High Court, which has converted the plea of the terror suspect into a writ petition.

Ehtesham Ahmad Siddiqui, a suspect in the Mumbai train bombings case, had written to the Delhi High Court after the Central Council for Research in Homoeopathy (CCRH), Delhi, denied a request to provide him with copies of 45 books necessary for studying a course.

The CCRH had rejected his request on the ground that these were “priced publications” and, hence, could not be given out free of cost. His request for soft copies was also turned down, citing copyright laws.

Siddiqui was asked to pay Rs 50,000 to avail the information under the RTI Act. After the request was rejected again by the Chief Information Commissioner, Siddiqui sent a letter to the Delhi High Court, stating that as he was an undertrial and had not been proven guilty, he could not be denied his constitutional rights.

Siddiqui, in his letter, argued that the educational material came under the category of “information” allowed under the RTI Act.

Copies of “priced publications” by a government agency can be given out for free under Section 7(5) of the RTI Act to persons “below the poverty line”.

The Delhi High Court took up his plea and framed various questions of law, including the right of a detenue to information and education, and the issue of whether a prisoner can be allowed to attend the hearings in a plea filed by him on issues separate from his ongoing trial.[Source]