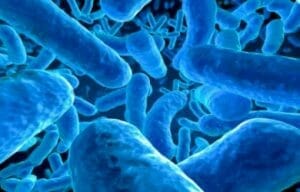 They are important as vectors Transmitting pathogenic microbes.

The term infestation is employed for parasitation with ectoparasites while infection for endoparasites.

Paratenic host– a vertebrate host in which a parasite remains viable without development or multiplication is called paratenic host. Such a host may serve to pass on the infection to another is called a transport host.

Anthroponosis : Infection with a parasitic species that are maintained in man alone.Eg. Malaria, filaria

Premunition –  once a parasitic infection is completely eliminated, host become again susceptible to re infection, this type of immunity to re infection depends on the continued presence of residual parasites . this is called premunition.

The PROTOZOA are classified into 4 groups

The typical presentation of intestinal amoebiasis is amoebic dysentery, similar to bacillary dusentery.

Charcot-Leyden crystals are demonstrable in stool.

Is a commensal in unhygienic mouths. Not reported to cause any disease.

Both Naegleria and Acanthamoeba cause allergic pneumonitis acquired from amoeba growing in humidifiers of air conditioning plants.

Occurs in vagina and cervix and Bartholin’s gland, urethra and bladder in female and in anterior urethra, prostate and preputial sac in male.

Usually asymptomatic but may cause pruritic vaginitis in female and urethritis in male.

Haemoflagellates :  Lives in blood and tissues of man and  vertebrae and gut of insect vectors.

Haemoflagellates have two or more morphological stages such as amastigote, promastigote, epimastigote and trypomastigote

The important trypanosomes are the following

Initial parasitemia following which they are predominantly located in lymph nodes.

Intermittent fever, chills, headache mark the stage.  There is hepatosplenomegaly with lymphadenopathy particularly in the post cervical region. With the invasion of CNS which occur after several months a sleeping sickness stage starts. Patient falls into coma and death.

It is more acute form and may end fatally with in one year before involvement of CNS. Fever, weakness, rapid loss of weight and myocarditis.

These are night biting bug which defaecate while feeding. The faeces of infected bugs contain mitocyclic trypomastigote which are infective forms. Trypomastigote induce local inflammatory reaction called chogomas. When they enter through conjunctiva, unilateral oedematous swelling of eyelids results. This is Romana’s sign.

This disease ends fatally with myocarditis or meningoencephalitis.

Mainly 4 type are parasitic to man

The antigen used in the serological test for non-leishmanial antigen is WKK antigen.

Leishmaniasis recidivans :- is a type of leisions seen in persons with a high degree of cell mediated immunity to the parasite . it resemble lupus or tuberculoid leprosy. Parasites are very scanty in the leisions, leishmanian test is strongly positive.

In 1886 Golgi described asexual development in the RBC – Golgi cycle

Note:- sometimes in early P.vivax infection, there may be two independent broods of parasites with overlapping cycles so that there may be daily paroxysms. This is called quotidian periodicity

B. In various locations

Endemic in Egypt. Adult worm lives in vesical and pelvic plexus of vein. Eggs passed to lumen of urinary bladder and discharged in urine particularly at the end of urination.

Sheep liver fluke –  first trematode to have been discovered and it is the largest and commonest liver fluke.

Cysticercosis of brain cause epileptic manifestations

Occult filariasis
In some persons immune process to filarial antigens may produce clinical conditions unrelated to lymphatic lesions. Microfilaria not demonstrable in blood

Small quantity of diethyl carbazine induce microfilaria to appear in peripheral blood even during day time. (microfilaria usually have a nocturnal periodicity in peripheral circulation being seen only at night, between 10 pm and 4 am)