Introduction:
Cholelithiasis or gallstone disease is a very common problem worldwide. The prevalence is more in females than males. Although cholecystectomy is considered the gold standard treatment for symptomatic cholelithiasis, it has its own limitations, risks and post-operative complications. Here, an alternative system of medicine, especially Homoeopathy, plays an important role in treating cholelithiasis.

Objective:
To show the effectiveness of individualised homoeopathic medicine in the treatment of this often dreaded condition, usually or considered surgical, with further stress on the necessity of more research in this field.

In the past, she had suffered from typhoid 1 year back. She had a family history of hypertension (father). The patient was married, had two kids and belonged to good socioeconomic background. No addictions were reported.A female of moderate built, aged about 32 years, came to the outpatient department of Dr. A. C. Homoeopathic Medical College and Hospital on 24 September 2018.

She complained of dull pain in the right hypochondriac region which was aggravated about 30 min after lunch. She also complained of eructations, which were sour and were associated with regurgitation of food. The complaints started gradually about 3 months back. At first, the patient had consulted an allopathic physician who advised her for ultrasonography (USG) of the whole abdomen. On USG, multiple calculi of about 3–9 mm were seen in the GB lumen, with increased thickness of GB wall (3–5 mm). The doctor advised her to undergo cholesystectomy, but the patient was reluctant to undergo any surgery and came for homoeopathic treatment, as the discomfort gradually increased.

In the physical generals, her appetite was good. She had a desire for warm and salty food. Thirst was normal. She reported profuse sour perspiration especially on the head, palms and soles. She was found to be a hot patient and generally got relief from cold. Mentally, she was irritable, afraid of being alone and had a tendency to weep easily. On local and systemic examination, no significant abnormalities were found, except mild tenderness in the right hypochondrium.

Characteristic mental generals, physical generals, particulars and a few diagnostic symptoms were considered for erecting the totality of symptoms.

Considering the totality, complete repertory was selected and repertorisation was done with HOMPATH software.

Lycopodium was selected after further confirmation from Materia medica. It was prescribed in fifty millesimal potency; 0/3, followed by 0/4, 16 doses each, one dose daily in the morning on empty stomach, and the patient was asked to report after 1 month.

Follow-up:
The patient reported next on 1 December 2018, almost about 2 months after the first visit, and narrated that there was a gradual reduction of symptoms during this while and even after the medicine was finished, so she did not turn up for follow-up the last month. However, the pain and eructations increased recently after attending a family feast and taking fat-rich diet, but the intensity was much less than before. Lycopodium was prescribed again in 0/5 and 0/6 potency, 16 doses each, one dose daily. The patient reported next time on 4 January 2019, and at that time, she had no signs or symptoms

Discussion:
Homoeopathy is a system of therapeutics which treats the patient, not the disease. It also aims at a rapid, gentle and permanent restoration of health. Homoeopathic medicines can be selected on the basis of causation, prominent modality, organopathy, miasm, constitution, totality of the symptoms, etc. In this case, there were significant mental, physical, particular and pathological symptoms. Hence, the case was approached with importance to totality of symptoms. The clarity of the symptoms in this case facilitated easy selection of the medicine. In this case, after repertorisation, Lycopodium, Natrum Muriaticum, Phosphorus, Arsenic album, Bryonia, Calcarea carbonica and Carbo Vegetabilis emerged as the leading remedies. Lycopodium was selected as it covered more number of symptoms and also was in accordance with Materia medica, which suggests its efficacy in relieving gall stone colic and in dissolving gall stones.[18] The swift relief of symptoms indicates the efficacy of Homoeopathy in the treatment of gall stone disease, without draining the patient physically, mentally and financially. Disappearance of gall stones on USG is definitely a documentary evidence of cure. Here, Lycopodium was selected on the basis of totality of symptoms. The modified Naranjo criteria score of the patient after treatment was ‘9′, which indicates there is a definite relationship between the result observed and the prescribed medication.

Conclusion:
This case shows that individualised homoeopathic treatment based on the totality of symptoms is effective in the treatment of gall stone disease. Disappearance of the signs and symptoms within a short span of time along with USG evidence of absence of stone definitely demonstrates the positive effect of Homoeopathy in the treatment of gall stone. However, this is just a single case report and research evidence in this regard is very poor. Hence, clinical trials to evaluate the efficacy of homoeopathic medicine in gall stone disease are suggested. 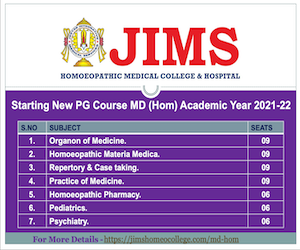