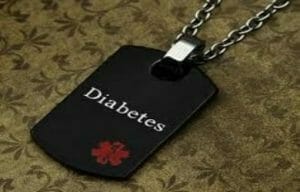 Abstract:  Diabetes mellitus, and particularly insulin-dependent diabetes (IDD) remains an actual medical problem, both for conventional and naturopathic medicine   due to uncertainty of etiology. But etiology of IDD is known. According to naturopathic doctor Hulda Clark, Eurytrema pancreaticum, the pancreatic fluke of cattle causes diabetes. As a proof, I give an example from   my own practice. As a homeopath, being armed with radiesthesy, I can eliminate all toxins/parasites/environmental pollutants/pharmacological   burdens, etc. doing this even from a distance, without any restrictions.

And then transfer homeopathic remedies to patient(s).    If  I compare the method I use with the Zapper approach (invented by Dr. Clark) the advantages of my proposition are obvious. Homeopathy, in  conjunction with radiesthesy, can make any remedy and its potency at a  precise and designated moment/day/time.

From a distance successful complete recoveries from diabetes: another example of the tremendous  possibilities of homeopathy in conjunction with radiesthesy.

Dedicated  to my 89-year old mother, Raisa, who is totally free of a number of toxins now, thanks to the technology which I use.

Today not only orthodoxal physicians, but also holistic medicine practitioners point out  almost the only  cause of  type I diabetes or insulin-dependent diabetes (IDD) – an autoimmune assault on the insulin producing cells [1], [2], [3]. For all that, many experts believe this may result from an immune response after viral infection or something related to nutrition [3].

Tomeko Mitsui [4] believes that diabetes “comes from psychological and physical stress caused  by one’s environment and autonomic nervous system imbalance caused by abnormal hormone discharge”. Concerning the type II diabetes or non-insulin dependent diabetes, people with this type of diabetes “can produce sufficient insulin, but the insulin and the glucose it transports cannot effectively enter into the cells. This category of diabetes is most often linked to a diet that is high in refined carbohydrates and low in fiber and it can usually be treated with an effective diet, exercise, and specific nutritional supplements”[2].

To my knowledge, only one author presented the true etiology of diabetes. This author is Hulda Clark, Ph.D., N.D. According to her “all diabetes have a common fluke parasite, Eurytrema pancreaticum, the pancreatic fluke of cattle, in their own pancreas”.  [5]. My six years of experience with diabetes cases mostly confirmed Dr. Clark’s opinion and her rightness. By the way, I know another author who reveals the true genesis of diabetes –  Joseph B. Marion [6]. But his book does not have appropriate reference(s) at all and the source of this information is unclear. But, before presenting  a typical case from my practice, let’s talk briefly about radiesthesy, because I am not sure that the majority of practitioners know about this ancient esoteric science and how it can be applied to homeopathy.

Three definitions attracted my attention among a number of others.

A) As the Dictionary of Alternative Medicine Methods [7] says  “…radiesthesia (clairvoyant healing, medical dowsing, medical radiesthesia) is method of ostensible diagnosis and treatment selection. The word radiesthesia is the anglicized form of radiesthesie, an apparent euphemism for ‘dowsing’ coined  by the Abbe Alex Bouly in 1927.  It literally means ‘perception of radiation’. Dowsing (also called ‘biolocation’)  is a clairvoyant ‘art’ centered on finding water, minerals, animals, missing persons, lost objects, or hidden treasure, usually with an instrument such as a pendulum or diving rod (a forked rod or tree branch, or a bent wire). ‘Radiesthesia’ may refer to: (a) all forms of dowsing; (b) medical dowsing specifically; (c) dowsing and radionics; or (d) the ability to detect ‘biological radiations’. Bouly and two other French priests – the Abbe Alexis Mermet and Father Jean Jurion – pioneered  medical dowsing.

Mermet’s hypothesis was threefold: (1) everything emits radiation, (2) ‘some kind of current’ flows through human hands, and (3) holding  appropriate objects renders them revelatory tools. There are two basic ‘diagnostic’ modes of radiesthesia: in one, practitioners supposedly detect and diagnose illness simply by passing their hands over the patient. In the latter form of radiesthesia, practitioners base ‘diagnosis’ on the movements of the ‘instrument’”.

B) In his book Vibrational Medicine  Dr. Richard Gerber [8] gives us the following definition of  radiesthesia: “A psychic perceptual ability of being able to sense various types of subtle energetic radiation.”

C) Science and Invention, The Illustrated Encyclopedia [11] informs us: “Other ap- plications of dowsing include finding missing people or lost articles, the diagnosis and treatment of illness and soil analysis. All aspects of dowsing, however, are serious practical fields of dowsing and are not for the inexperienced. To be proficient and reliable the dowser must know the background of the field in which he is working and be experienced, as a dowser, in that field”.

Now, what is an application of radiesthesy to homeopathy?

A proficient in radiesthesy homeopath can:

And the same with keeping diet and water intake, which are very important in general for all patients but in particular for patients with diabetes. Usage of radiesthesy can help us to recommend precisely what to eat, how much and when.

At the time of work with my patients I found the exceptional importance for them of tongue cleaning  and teeth brushing and the frequency of this may vary, depending on the concrete health level (which, again, can be exactly determine with the help of radiesthesy as well) in a given patient.

Here is my typical case report of treating from a distance (insulin-depended diabetes).

Again, I live in New York City and the patient presented in this paper is citizen of  Kazakhstan, Asia.   Lady S., 62 y.o. [now she is 67]. She lives in Kazakhstan.

At the time she asked for help (October 19, 2007) this patient was on daily 60 IU of insulin injections (since 2004) and also suffered from severe obesity, a variety of toxins (among them – Eurytrema, chlorine, fungi, environmental pollutants, etc.), arthritis, nephritis, high level of cholesterol, plus arterial hypertension. It is interesting that her Eurytrema “came back” to her (relapsed) 15 times (!): the first time I took this parasite out was 10/23/07 and the last one was on 05/15/09. Since this date (July 2011) no more relapses were observed.

In less than one year, she lost 18 kilograms (from 90 to 72) and her pancreas came back to its anatomical and functional condition (at the beginning of the treatment she had just eight (!) percent of beta-cells working, while in one year there was 86%).

This patient’s positive dynamics was confirmed by clinical and para clinical examination along with pH of patient’s body, 10-points health level scale and bio-field radius which were determined by mean of  radiesthesy

In homeopathic treatment, mouth hygiene is VERY important. Meanwhile, I did not find any information which is connected to this topic. And, for example, according to this patient’s health status, she had to clean her tongue five, and then four times a day and to brush his teeth four, and (later) three times a day. According to my experience working with any kind of  patients, I found that if they do not keep the recommended mouth hygiene, the potencies of remedies could not be adjusted to possible maximum levels and, together with enough of water intake, these two factors are decisive in terms of positive dynamics of treatment in my patient(s).

Also, it is necessary to note that, unlike Dr. H. Clark, I do not believe that ALL diabetes cases are caused by presence of Eurytrema pancreaticum, as I had insulin- independent diabetes in my practice and the treatment is reduced to strict diet intake (the diet was extended gradually) in conjunction with  using of homeopathic remedies.

One more note. Dr. H. Clark has used special device to eliminate parasites from patients’ bodies, named a Zapper [5, p. 13] and, accordingly, zapping is a process of selective pathogens electrocuting [ibid]. It takes three treatments to kill the pathogens and each treatment lasts seven minutes [ibid, p. 19 ]. However, the Zapper is “not perfect”, as H. Clark establishes: “zapping current does not reach into gallstones or into living cells, where Herpes virus lies latent or Candida fungus… But zapping 3 times a day for a week or more you can deplete these populations, too, often to zero” [ibid, p. 20]. In persistent cases Dr. Clark recommends resorting to herbal therapy (for example, taking “2 tablespoons of Black Walnut Hull Tincture” [ibid, p. 21]). And, also, she did not recommend using the Zapper if the patient is pregnant or wearing a pacemaker [ibid, p.20].

I am firmly convinced that Dr. Clark’s method is complicated, and to a degree, restricted. Secondly, she could not work with the Zapper from a distance.

In contrast, to kill parasites and eliminate toxins I use our proven principle of homeopathy (“similia similibus curantur”), which, in conjunction with radiesthesy, works safely and reliably, though in same cases I  needed to repeat the process of killing/taking out the parasite from my patients.

A final note. Dr. B. Sahni does not use the homeopathic potencies I do (millions and billions of  lm/mm) [10].

Summarizing my approach in healing patients with ANY kinds of  problems

I) Defining patient’s minimal living forces (in %) which allows patient to respond to therapy. Otherwise I can not treat/harmonize him/her;

II) Conducting qualitative and quantitative analysis of patient’s health which includes  but is not limited by the following:

6. Patients’ education on my method of keeping mouth hygiene which is different from that which generally accepted.

Sergey Pugach trained as a pediatrician. He was introduced to homeopathy in 1992 while studying social pediatrics at Research Institute, Almaty, Kazakhstan and combining his job as a physician of Intensive Care Unit for premature newborns (same institute). He lives and practice in the United States since 1996. He is a dowser (radiesthesist) since 2005.

Sergey Pugach, Ph.D can be reached at  drskpugach@gmail.com  or 646-492-9382. He is US Board Certified Naturopathic Physician and Registered Naturopath.