‘Non inutilis vixi` He has not lived in vain. 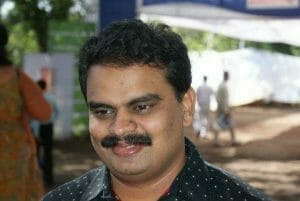 A sad day for Homoeopathy. It’s an irreparable loss for all of us. He has highlighted the strength of Homoeopathy in Kerala – especially in genetic disorders. He was a good mentor to many new generation homoeopaths.

He has cured many so called incurable genetic disorders, blindness, infertility etc.  using homeopathic medicines, which became a successful Janavijayam project in his Panchayath. He has cured many autism cases – now they are engineers and doctors.

Kottayam (Kerala): Vijayapuram is on its way to making history for being the first disability- free Panchayat in the state through homoeopathy. The Janivijaya project run by medical officer Dr.R. Sreekumar with the support of the panchayath governance is behind this major achievement.

The project has been able to cure many challenging diseases like autism, blindness and genetic disorders successfully within years of its beginning.

It was the success of the other govt. projects- Jyothirgamaya and Sadgamaya, which encouraged Dr. Sreekumar and the panchayath governing body to launch Janivijaya. In the initial stage with the help of Asha workers and other volunteers, the disabled and differentially abled cases known to be incurable by other means of treatment were found out, and through screening camps, selected for homoeopathic treatment.

By stimulating the differential abilities or special talents shown by the challenged persons using suitably selected homoeopathic medicines, the patients are enabled to overcome their mental, physical and genetic challenges. Even disorders in the ingrowing foetuses could be corrected by this technique, Dr. Sreekumar says, and can also bring out better intellectual development in challenged children.

The project, since its inauguration on first of May, 2014, by the Hon. Minister of state Mr. Thiruvanchoor Radhakrishnan, has been able to provide effective treatment to 360 persons till date and these include case of blindness, autism, cancer, complaints after deep trauma, psoriasis etc. 80% of the cases who follow up the treatment show positive results, says the Doc in the press meet conducted.

Mini Manikkuttan, who regained her eye sight, Salim who was injured from fall down from a coconut tree, the daughter of Dr. Balraj- Lakshmi couple in whom genetic disorder was detected in pregnancy and was corrected were a few examples cited by Dr. Sreekumar.