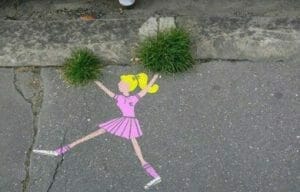 Introduction:    There are  different types of emotions but here we are talking grief .Grief is a natural, healthy emotion and is an important part of being human. You can resolve grief yourself by allowing  the process to work, without trying to interfere in it . But if you suppress  grief  you will slowly work your way towards psychosomatic diseases. Emotions  become pathological when they are intensely felt for prolonged periods, not recognized or unexpressed. Grief is expressed by deep sadness .  Every person will have different reaction or expressions   to the death of loved ones, any loss, or disappointments as to their personality, the circumstances surrounding the death, loss, disappointments and the way they view the world. Normally, a person can have an emotional trauma, they experience the emotion normally and release the event without reacting to it .

However, if this same person has a neuro-physiological deficit, the same emotional trauma can lodge in the body as a N.E.C (neuro -emotional complexes) and can be the cause of many health disturbances in that person .We experience emotions as a result of neuropeptides released from the hypothalamus in response to a thought. Each emotion has a specific chemical makeup that flows throughout the body and is picked up by receptor sites in various organs. Since each organ shares a neural pathway with a specific set of muscles, the unresolved emotion will continue to affect both the organ function and the related muscle groups resulting in predictable disorders and pains.  When emotion becomes too intense that homeostatic balance is seriously disrupted this continued imbalance will lead to  psychosomatic disorders .

The human body can be compared to a triangle. Each side of the triangle directly influences two sides. We are healthy when our structural, biochemical, and emotional aspects are harmoniously balanced. Unresolved emotional such as grief, can get ‘locked up’ in the body and cause physical disaster later when they surface under another guise.

Different types of grief include:

Anticipatory grief: Grief that begins before (in anticipation of) the loss, such as the initiation of divorce proceedings , exam failures Financial failures or when a loved one is diagnosed with a terminal illness.

Anniversary reactions:  Grief responses that occur following reminders of the loss, such as on anniversaries of their death. These can last for days or weeks, and are not necessarily a setback in the grieving process.

Following are some examples of psychosomatic diseases caused due to suppressed grief.

Cardiac chest pain: – The heart, being the principal organ of the Vital Faculty, is very sensitive to emotional states.  Many patients referred to a cardiac clinic do not have heart disease but the underlying cause here is usually emotional conflicts, stress, grief and tension. Persons who have major basic anxiety and   fear of death, chronic grief & emotional disturbances usually have these complaints. Love and the emotional will to live are also very important to the heart; according to Greek Medicine, you CAN die of a broken heart.

Bronchial Asthma:-
Bronchial asthma is a chronic recurrent obstructive disease of the bronchial airways, which tend to respond to various stimuli by bronchial constriction edema and excessive secretion Genetic factors, allergies , infections and acute and chronic stress all combine to produce the disease. It has been  pointed that psychodynamic conflictual factors is found in many asthmatic patients .It’s a stronger unconscious wish for protection .The lungs, being an important noble organ of the Vital Faculty that works closely together with the heart, are sensitive and vulnerable to many of the same emotional states as the heart, and respond similarly. The lungs need a feeling of psychic space within which to function; the phrase, “breathing room” is a common expression.  The feeling of being smothered, invalidated, or denied one’s psychic space can constrict the lungs and cause respiratory problems like dyspnea and asthma. Negative emotions that sap the will to live are also injurious to the lungs, especially grief and bereavement; many chronic respiratory diseases and conditions  also develop after a major loss or bereavement.

CANCER also comes under the above purview. According to an article published in Dr. Hamer who has introduced   German New Medicine concluded that cancer is caused by an unexpected emotional conflict or shock that catches us completely off guard. Examples include betrayal, separation, divorce, abandonment or loss which causes grief . Healing can only occur after the conflict is resolved. Dr. Hamer’s “German New Medicine” focuses on identifying and resolving the original shock.

SKIN DISEASES  :   Dr. Med. Ryke Geerd Hamer, the originator of German New Medicine (GNM), is  the  first who provides  solid scientific  research  for  understanding  the  true  nature  of   diseases. Dr.  Hamer   made a startling  discovery.   He found that every disease (cancer, heart conditions, diabetes, MS, arthritis, etc.)  is  caused  by  an  identifiable  type  of  ”conflict  shock“  (loss ,abandonment,  self- devaluation, which causes grief.). Dr.  Hamer  found  that a skin  disorder  is  always  linked  to  a “separation conflict“  which  a  person experiences  as  if  ”my child, my parent, my partner, my friend …  was  torn  from  my skin“ .A  separation  from  a loved  one  can  be  emotionally  very  distressing.  During  the  conflict  active  stress  phase,  the  skin  loses epidermal  cells  causing  a  loss  of  sensitivity  towards  touch.  This  sensory  ”paralysis“  is  a  natural  form  of protection  from  further  traumas  of  this  kind.  As  a  result  of  the  loss  of  epidermal  cells,  the  skin  becomes dry,  rough,  and   may  flake.  Psoriasis, so Dr.  Hamer found, always involves two   separation conflicts. The active conflict shows as flaky skin.

Multiple Sclerosis :  Multiple Sclerosis originates in unexpected traumatic or shocking childhood events which manifest on the biological (psyche, brain, organ) and emotional levels. Dr Caroline Myss (7) There is direct link between emotions, organs and determined by negative emotional energy. Multiple Sclerosis is a   chronic autoimmune nervous system disease that attacks neurons. Neurons are the cells of the brain and spinal cord that transmit information, create thoughts and perception, and allow the brain to control the body.

Many different stresses have been identified as precipitating, in various individuals, the onset or exacerbations of MS. Emotional stress or trauma is of the highest importance such as grief, anger or even worse suppressed anger, rejection, humiliation, disappointment in love or business, etc.(6)

Homeopathic psychiatrist, Dr. Philip M Bailey says, ‘the need of homeopaths for an accurate and realistic description of the personalities of the constitutional remedies.  In Homeopathy emotional symptoms are considered every bit as important as physical ones. In chronic diseases they are usually treated with even more importance.  Unresolved emotional issues, such as grief, can get ‘locked up’ in the body and cause physical disaster later when they surface under another guise.

When the grieving process is short-circuited and grief is not allowed to have its way it can lead to health issues as varied as the individuals that it afflicts.

Conclusion and Summary:  Unresolved emotional issues, such as grief can get ‘locked up’ in the body and latter they surface under another form. The proper balance and regulation of our emotional life is very important in our life.  It’s important not only to the health of the mind, but, as we have just seen, to the health of the body, and all its internal organs. Serious problems arising from deep grief are best dealt with homeopathic medicines.

IGNATIA:Emotional sensitivity. ALIMENTS FROM GRIEF, EMOTIONAL SHOCK. This is usually the first remedy to try in the initial stages of grief.  Sighing is a big Ignatia keynote.  Ignatia is very suitable after all kinds of grief, including the end of a relationship or bereavement.

The same may be said of persons needing Ignatia for grief. They tend not to openly express their grief and wish to be alone while grieving. Brooding. SILENT GRIEF.  Also, these persons sigh a lot. Or even laughing at times, alternating with periods when the grief is more strongly felt. Regarding the grief itself, they frequently do not want to talk about it.

Those experiencing grief may need different homeopathic remedies, but Ignatia is a very commonly indicated one for grief and its effects.

Ign. is a remedy of the sensitive, the easily excited: with incredibly rapid changes of mood; very unlike the apathy and indifference of Phos-ac.

AMBRA GRIESA : Emotional, sentimental people who suffer from inhibition.- Impossible to express himself, communicate. – Ailments from failure, being put down/insulted,  embarassment in their work: lose confidence, become bashful, avoid people. Dwell on past unpleasant experiences, offences, being hurt. Mind weakens like when getting prematurely old. Dreamy state of mind.  A man goes through the trial of one death after another in the family and there seems to be nothing remaining ,he has lost his business and his friends and then he takes on dreaminess and wonders whether life is worth  living.

Ailments from a reversal of fortune, fear of poverty, anxiety aggravated by thinking about it, asthma worse from emotion or excitement. Ambra may display breathing problems due to slight causes, anxiety, anything unusual. Ambra individuals may become embittered by fate and feel powerless to defend themselves against the vicissitudes of life.

Asthma is another marked feature of this remedy that you might expect with all this nervous excitement and prostration is dyspnoea with cardiac symptoms, difficult breathing, a sort of asthma. It comes on from any little exertion.Some great business or domestic shock has come upon this patient. Ailments like nondescript vertigo, high blood pressure, headache, colitis. Arteriosclerosis.Such mental state brings prematurely old age with broken down constitution.

NAT MUR : EMOTIONAL VULNERABILITY leading to INTROVERSION. Closed person – Intolerant of any form of grief, rejection, ridicule or humiliation. – Avoid being hurt or to hurt others at all costs.  Tries not to show emotions; to maintain control over their circumstances. Fastidious.   Turn to emotionally safe activities, e.g.  reading, music.  Depression, even suicidal. Sad but cannot weep. Dwells on past disagreable occurances.  AILMENTS FROM GRIEF. Multiple sclerosis. Eczema. Psoriasis. Ringworm. Hypertension. Hyperthyroidism. Goitre. Addison’s disease.Diabetes. Consolation may make things worse.  Nat mur can be suitable for more long-term sadness, when you feel you should be getting over it but feel ‘stuck’.

STAPH: Ailments from INDIGNATION, MORTIFICATION, ROMANTIC DISAPPOINTMENTS. Suppression of emotions, anger, grief. History of abuse, incest. Is a great susceptibility to ailment from suppression of emotions. These people are quite sensitive. Morbidly sensitive; the least word that seems wrong, hurts her very much; Suppression is often related to being offended, feeling offended, and being overly sensitive in general Staph is easily offended, whether it be embarrassment over losing a job, disappointed love, being made to feel less, being abused, grief – it doesn’t matter what the cause so much as what the affect is  This patient eventually reaches a point of absolute exhaustion from suppression. They become so tired, dull, and oversensitive to everything that their anger comes out quite violently in the form of throwing things and striking out.  PSORIASIS AFTER GRIEF, SUPPRESSED EMOTIONS.    Hemiplegia after anger.

AILMENTS FROM GRIEF. Suffers in silence. WEAKNESS AND ENFEEBLEMENT OF THE EMOTIONAL PLANE, progressing to the physical and mental planes. Frozen down’ emotions,.Forgetfulness and weakness of memory, especially for words.  Answers slowly. Can be a causative factor for early on set dementia or  APATHETIC, BURNED-OUT state . Indifferent to all external events – wants to lie and watch TV. Slow to answer ,slow grasp,can’t collect his ideas; hunts for words , poor memory. Irritable, doesn’t want to be bothered.  Collapse after grief, illness, drugs, fluid loss WEAKNESS, starting on the emotional level and proceeding to the physical level Hair loss, even from the eyebrows and chest, or other areas . Headache from mental exertion. Bone diseases. – Osteitis.- periosteitis.- Caries. – Rachitis. – Diabetes.