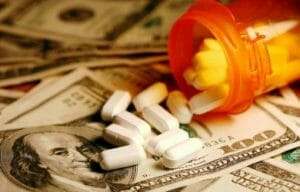 A senior executive with Britain’s biggest drugs company has admitted that most prescription medicines do not work on most people who take them.

Allen Roses, worldwide vice-president of genetics at GlaxoSmithKline (GSK), said fewer than half of the patients prescribed some of the most expensive drugs actually derived any benefit from them.

It is an open secret within the drugs industry that most of its products are ineffective in most patients but this is the first time that such a senior drugs boss has gone public. His comments come days after it emerged that the NHS drugs bill has soared by nearly 50 per cent in three years, rising by £2.3bn a year to an annual cost to the taxpayer of £7.2bn. GSK announced last week that it had 20 or more new drugs under development that could each earn the company up to $1bn (£600m) a year.

Dr Roses, an academic geneticist from Duke University in North Carolina, spoke at a recent scientific meeting in London where he cited figures on how well different classes of drugs work in real patients.

Drugs for Alzheimer’s disease work in fewer than one in three patients, whereas those for cancer are only effective in a quarter of patients. Drugs for migraines, for osteoporosis, and arthritis work in about half the patients, Dr Roses said. Most drugs work in fewer than one in two patients mainly because the recipients carry genes that interfere in some way with the medicine, he said.

“It’s in their experience, but they don’t quite understand why. The reason why is because they have different susceptibilities to the effect of that drug and that’s genetic,” he said. [Source]