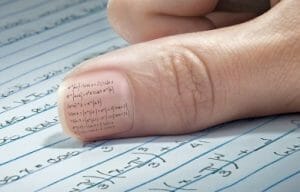 Speed of the paper

Resting membrane potential of various cells of the body.

Limbic system: (It is a group of cortical & sub cortical structures which form a ring around the hilus of cerebral hemisphere)

Proprioceptors: (These are receptors which give response to change in the position of different parts of the body).