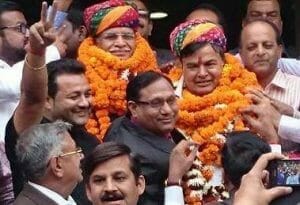 Government has set up a four-member panel headed by NITI Aayog Vice-Chairman Arvind Panagariya to suggest measures to revamp the Central Council of Homoeopathy.

The other members of the committee are AYUSH Secretary Ajit M Sharan, NITI Aayog Chief Executive Officer Amitabh Kant and Additional Principal Secretary in Prime Minister’s Office P K Mishra. In its efforts to streamline the functioning of the council and improve standards of education, government had introduced Homoeopathy Central Council (Amendment) Bill, 2005, in the Rajya Sabha in March 2005.

The bill was aimed at amending Homoeopathy Central Council Act, 1973, which provides for constitution of the CCH for regulation of educational standards of homoeopathic medical colleges, maintenance of the central register of practitioners of Homoeopathy, among others.

The panel was of the view that all homoeopathic medical colleges must take permission from the central government with one year of bill being passed. However, the bill had provided for a three year timeline for seeking permission.