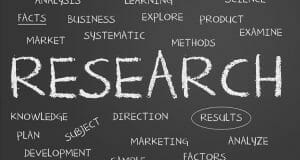 The scientific study to find out the effectiveness of genus epidemicus must have some basic criteria as in case of a research enquiry. It has to be done according to a suitable research design.

The design should be selected based on the statement of the research problem. More than two studies were conducted in Kerala to find out the effectiveness of Genus Epidemicus previously. These studies were done using the Double Blinded RCT design (DBRCT).

Unfortunately, DBRCT was not suitable for the study. The studies were aimed to find out the effectiveness of GE in preventing the dengue fever. The dengue fever affected the area of study, as an epidemic outbreak. Epidemics were characterized by their unexpected occurrence. Hence, DBRCT is not advisable for these studies.

Why Double Blinded RCT was not suitable of the study?
The Randomized Controlled Trial or RCT is purely an experimental design. RCTs are also called as the ‘gold standard’ experimental designs. These designs are usually used to find out the cause and effect of some interventions.

The following reasons make the design unsuitable for the current study.

Considering all the above mentioned factors, we have to think about for a more suitable design. One Shot Case Study is an experimental design, but not suitable to study a natural calamity like an epidemic. The reason is its unexpectedness.

They are frequently used when it is not logically feasible or not ethical to conduct a randomized controlled trial (Harris et.al, 2004). Lack of random assignment is the major weakness of quasi experimental studies. Ioannidis et.al., (2001) and Contacto, Shah & Horwitz (2000) reported that “There is often a need, when seeking to control an infectious disease, to intervene quickly, which makes it difficult to properly conduct a randomized trial. In outbreaks of infection caused by antibiotic-resistant bacteria, for example, there is often pressure to end the outbreak by intervening in all possible areas, and, thus, it is not possible to withhold care, which would occur in a randomized controlled trial in which one of the groups received no treatment.

The clinical and ethical necessity of intervening quickly makes it difficult or impossible to undertake the lengthy process of implementing a randomized study” (Harris et.al., 2001). Quasi experimental studies are mentioned in such cases.

There are different kinds of quasi experimental designs.

They are divided into 4 types. They are,

For the current study, a quasi experimental design without control group is proposed. The design more specifically can be written as One-Group Pretest-Posttest Design.

This is an abstract from my new article titled “PROTOCOL FOR STUDYING THE EFFECTIVENESS OF HOMOEOPATHICALLY SELECTED GENUS EPIDEMICUS FOR THE PROPHYLAXIS OF DENGUE FEVER”.