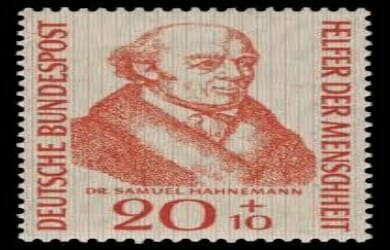 Noting failures in self is the beginning of knowledge. The opposite closes the mind and turns away from knowledge. Closed mind tandems to closure of understanding. Done everything possible, nothing more can be done is a wrong attitude. Self conceit blind eyes. Extensive knowledge imbibes simplicity and makes realization how little is known and converse with reverse. Discountenancing, throughing away illogical things and disgust for useless things will bring to state of knowledge.

Truthful state of mind only can experience truth, otherwise contra. Untruthful mind cannot trust, neither can they be led into the truth by fallacious experiences. However we claim as a perfect science in terms of knowledge this accounts only for the partial truth, because knowledge relates to humans and truth relates to nature.

Vexatious Doctor of Medicine and Doctorate in Medicine in Allopathy, versatile Hahnemann’s innovative and creative ingenious attitude of discovery brain, deeply probed in to various gametes of the allopathic procedures, practices and all other related the then existing issues embedded in its ambit and engineered  “law of similars” [let like be cured by like]. A novel doctrine. An accomplishment of the genesis of Homoeopathy. In essence, Hahnemann’s, the envisaged cardinal concept endeavor is ably attested virtually by the energy levels Potentization or Dynamisation, affecting with deeper penetrative and long acting effective cure with efficacy and efficiency, could be due to at sub-atomic level logarithmic enerzization, now scientifically proved beyond doubt, even in ultra-ultra dilutions. “Memory of Water Messaging” and. e-biology attests further. Drug proving [pure language of nature] on self-itself is a great evidence, leading into strong basic “Materia Medica” built-up. Zero side effects reported, unlike in allopathy.

Human body economy governance is driven by vital force and its derailment causes sickness. The symoptomological anamnesas reflections are basically Chronic, Acute and Local, superimposed one over the other, respectively, manifesting in constitutional states as psora, syphillis and sycosis miasms, exits in isolation or co-exists in combination of varying proportions in degree, dimension and magnitude, mostly, most complexed intricately. Imaging sickness is sequenced, which starts from inner and progresses outwards. This sequealae diagnostic grand image mapping, indexing and monitoring [absent in allopathy] guides curative remedies administration by creation of artificial disease with more intensity as per the constitution and individualization [aggravations, exaggerations ameliorate etc., are a consequential sequel of house clean-up and are palliated exacerbation of symptoms], thus followed by symptoms removal as dictated in reverse order of their appearances, layer after layer, till root cause is removed. Physicians must sum-up holistic symptoms, classify by grades and diagnose the characteristically valued miasmas. Choice is to cure the most surfacing and most discomforting symptoms to start with to provide relief and also this enables the camouflaged or suppressed symptoms to surface out-well.

Idiosyncrasies, sensitivities, susceptibilities etc., will play vital simillimum [remedy that cures] role, are well taken care, which are absent in allopathy. Nutritional plane remedies work superficially for short time, whereas on dynamic plane remedies work at deeper levels for long time. But nutritional plane remedies do bring life long effect, owing to susceptibility. Remedies with higher potency requires susceptibility, while the remedies on nutritional plane susceptibility is not required. So any one can be brought under the influence of nutritional plane. Inert [crude] substances and substances like food on nutritional plane may become remedies on dynamic plane for those who are susceptible. So, that there is no substance that may not be a poison in higher potencies. Prophylaxis of prophylactic remedies require less degree of similitude than necessary to cure. So remedies need not be so similar to prevent disease cure. Daily use of such remedies can prevent sickness. “Never administer a remedy without knowing the constitution, because it is hazardous and dangerous”.  Prescriptions of complementary remedies with cognate relationship are okay, as per law of cure. When cure thought is abandoned in chronic or incurable or terminal diseases, the remedy that is most similar to the painful groups of symptoms will ever give the most relief and it is a forlorn hope that tempts its abandonment.

Hahnemann in those days, had nobody to share his knowledge. But the current scenario is much different and brighter. Today modern frontiers of scientific domain facilitates knowledge coalesces and culmination of the emerging neo and nano technological regime, by merging of various multi-disciplines by knowledge fusion, injection, augmentation and integration. Hence, vis-à-vis with such a scenario, there exists a compelling immediate need and demand to revisit for a fresh look in senso-stricto with these inputs vs the Hahnemann’s Homeopathy foundation. Thus, scope exists for emergence of a new line of treatment, hither to Unknown or Unthought-off for betterment.

The need of the hour is Holistic Integrated Medical System.

Noble Notable Note
Hence, the onus lies as a whole on the entire medical fraternity with perfected well-balanced blend of Academics, R&D and Professionalism.