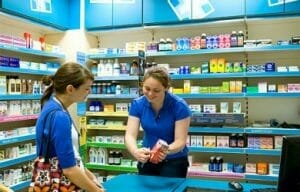 Following the acquisition, Homeobuy will be rebranded 1mgAyush and deal in homeopathic and ayurvedic medicines

Following the acquisition, Homeobuy will be rebranded 1mgAyush and deal in homeopathic and ayurvedic medicines. The big push towards the segment comes at a time when the Rs.3,000-crore homeopathic drug sector is poised to almost double to become a Rs.5,500 crore entity by 2017, according to industry estimates.

While 1mg at present fulfills orders in the National Capital Region centred on Delhi and Bhubaneswar in Orissa, the homeopathy store will operate in New Delhi. 1mg also offers services such as drug search and cost comparison.

Prashant Tandon, co-founder of Healthkart, who now heads 1mg, said the company believed that alternative forms of medicine are “equally important and complementary” to mainstream forms.

Homeobuy was founded by Vivek Singh, a former Ranbaxy Laboratories Ltd executive, in July 2014 with a personal investment; later the company raised an undisclosed amount from angel investor Amit Sodhi. The company deals in both Indian and imported homeopathic medicines. After the acquisition, Singh will join the 1mg team.

“I wanted to promote and raise awareness about AYUSH (ayurveda, yoga and naturopathy, unani, siddha and homoeopathy) medicines and 1mg has the potential to grow my idea to India’s largest alternative medicine business,” said Singh.