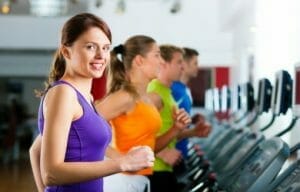 People with healthy personalities are those who are judged to be well adjusted. They are so jugged because they are able to function efficiently in the world of people. They experience a kind of “Inner Harmony” in the sense that they are at peace with others as well as themselves.

“The core of a healthy personality is any image of the self that the individual can accept and live with, without feeling too guilty, anxious or hostile, without being self-defeated or destructive of others.”

Jourard has defined a person with a healthy personality as one who “is able to gratify his needs through behavior that conforms with both the norms of his society and the requirements of his conscience.”

A well-adjusted person evaluates his failures realistically to see if they were actually failure for him or whether they were due to competition with persons whose abilities were greater than his. He also considers whether he tried hard enough and if he did not; whether his lack of effort was due to laziness, fear of failure, or some other cause. In addition, he assesses his aspirations to see if they were realistic and if not, he profits by his failure, setting his future aspirations at a more realistic level.

The poorly adjusted person, by contrast, develops a martyr complex, feeling sorry for himself or blaming himself or others for his limitations.