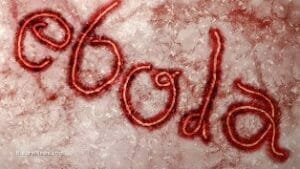 Team spent days in remote Liberian hospital to prove that remedies work They planned to treat victims with ‘rattlesnake venom’ and ‘Spanish Fly’ for  the ‘unique opportunity’ presented by deadly Ebola outbreak and claimed they would treat all European victims after proving success.

Ebola victims in one of the hardest-hit parts of Liberia have been treated by homeopaths who are determined to prove that arsenic, rattlesnake venom and the aphrodisiac Spanish Fly can cure Ebola.

The homeopaths arrived in Liberia to use the deadly outbreak to prove their controversial theories and have already spent two weeks in the country with patients in a hospital in Ganta, in the north of the country near to the epicentre of the outbreak.

The mission was organised by the Liga Medicorum Homeopathica Internationalis, an international group dedicated to promoting homeopathy.

‘Both hospital and clinic out-patients were seen and treated, with impressive results. The results were so promising that the LMHI were requested on departure to establish a program of homeopathic teaching and treatment in the Hospital. The mission’s broader goal of bringing homeopathy to Liberia is therefore underway, thanks to the four volunteers and their work.’

There have been a large number of deaths from Ebola in and around Ganta since the start of the outbreak. Ten people died in the space of just 48 hours in September and the hospital now has a specialised Ebola treatment unit. [Source]