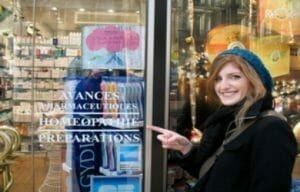 Homeopathy enjoys edge over allopathy in many ways. As it is an acknowledged fact that those using allopathic medicines for a long time contract several other diseases. Homeopathy, however, has no such side-effects.

There are many differences in both the disciplines of medicines. Let’s just focus on one main difference and that is the fact that none of the homeopathic medicines introduced during the last two hundred and fifty years was withdrawn from the market.

The more a homeopathic medicine is used the more useful it becomes. Its finer details are brought out with the passage of time and the homeopathic physicians use it with even greater confidence and precision.

In contrast there is a long list of allopathic medicines withdrawn, discarded or banned after they were initially introduced with very high claims. These all medicines were introduced by the “medical science” after great “medical research”! Well! what sort of science it is that changes its stance after every six months?! You may call it business or you may call it the  commercialization of consumer products but of course not science.

A few allopathic medicines discarded, and reasons for their withdrawal during the last 50 years are as follows: Thalidomide(1950s-1960s): withdrawn because of risk of disturbance to the growth and development of embryo or fetus.

Lysergic Acid Diethylamide commonly known as LSD(1950s-1960s) marketed as a psychiatric drug: because it widely caused drug addiction. Diethylstilbestrol(1970s): because of risk of disturbance to the growth and development of embryo or fetus.

Zimelidine(1983): because of risk of Guillain-Barré syndrome (an acute neurological disorder followed by progressive muscular dystrophy). Phenacetin(1983) an ingredient in “A.P.C.” tablet: risk of cancer and kidney disease.