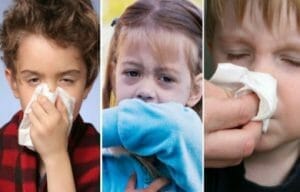 Homeoprophylaxis:Human Records, Studies and Trials across the globe

Homeopathy’s ability to prevent as well as treat epidemic disease was first discovered in 1799 by Samuel Hahnemann, founder of Homeopathy, during an epidemic of scarlet fever in which he successfully use a matching homeopathic remedy to contain its spread in those he treated.

The prophylactic effects of Homeopathy were quickly picked up by other Homeopaths of the day and subsequently used with success in all of the great world epidemics. It is still employed in outbreaks and epidemics today – by people, communities and governments who have retained the knowledge and the will to use it. The following is a collation of some of those instances –  historical and current.

Chikungunya
In Kerala, India, a group of doctors distributed a homeopathic preventative for chikungunya. The results of the study showed that while over 73 % contracted chikungunya in the unprotected group, only 17% of the protected group contracted the disease.

1841-1854: Dr Charge, after producing a statistical table showing the difference in cholera mortality between homeopathic and allopathic treatment at the Convent Refuge at Marseilles, stated that once homeopathy was introduced prophylactically, no further cases were reported.iv