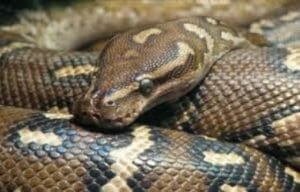 Homoeopathic Medicines made out of vertebrata group and their preparation, properties and clinical indications

General features of drugs from animal kingdom
Violence and intensity of action
Eg: In Arachnida, ophidia, and insecta. Produces alteration in both structure and function. [Both in the initial and last stages of the disease]. [Structural changes – syphilitic manifestations, malignant changes].

9.  All discharges are offensive.

12.  Side affinity – either left or right. (left or left to right – lachesis, naja, right – crotalus, elaps, both)

It is the dried secretion from the preputial follicle of the musk deer. This glandular secretion is found in a sac between the umbilicus and preputial orifice. It is a fatty, waxy, gelatinous, albuminous substance with a strong smell. It was known to the physicians of India much before the birth of Christ. It was a favourite stimulant with them. Even the Kavi rajis of the present day use it extensively in the stage of collapse.

The power of musk to produce fainting in sensitive persons by mere smelling fit, gives the chief key note for its use in Homoeopathy.

This remedy is indicated in cases of hysteria, hysterical paroxysms and nervous excitement in patients who faint from least provocation.

Hysteria- a. Hysterical women and men with changeable mood.

b. Cries one moment, uncontrollable laughter the next moment.

d. In rage, keeps n scolding until she becomes cyanosed and go fainting.

Coldness – In epilepsy, coldness of body with rigor or chilliness or shuddering as though the patient was very cold.

Increased sexual desire – Nymphomania in female and satyriasis with priapism in males.

Threatened paralysis of the lungs – Loud rattling of mucus is heard in the chest with difficult expectoration.

Feeling of shortness of whole body or parts.

The medicine prepared from a secretion contained in the preputial sac of the beaver. When fresh it is yellow, consistency of that of syrup, when dry it is dark red or brown and f the consistency of hard whey.

We find mentioning of this remedy in works of Galen, Hippocrates, Pliny.

Most of our clinical symptoms of this remedy are derived from Trausean and Pideux.

Indicated in cases of Nervous, Hysterical women, who are greatly prostrated as a result of some exhausting disease.

CA tongue – Tongue swollen – sensitive to touch
Sensation of a string pulling the center of tongue to hyoid bone.

2. In malignant affections – breast, uterus, lymph nodes of the groin

11.For the bad effects of spoiled meat and decayed vegetables.

Oleum animale, is rectified animal oil, obtained in the preparation of bone, – black

It was discovered in 1711 by Johann Courad Dipple, the alchemist and discoverer of Prussian blue. So called dipple oil. Dipple obtained it at first instance by distillation of stage horns. Hence the name oleum cornu cervis.

It may be recorded t the group of volatile carbons.

1. Pain – Burning, stitching or both.

From behind forward.( affections of breast – CA breast)

As if pulled upward. (neuralgia of spermatic cord, both testicles are drawn up & very painful. Malar bone as if pulled forcibly upward.)

4.  Nervous Asthma – may be from repelled foot sweat.

Urea pura
It is the chief nitrogenous constituent of urine of mammal. When the kidney fails to eliminate these waste products, uremic intoxication, delirium, coma and convulsion becomes the inevitable consequence. Naturally, therefore, the homoeopathic proving have brought out a series of important symptoms.

Urinum humanum
Urinum is potentised human urine. Urine is one of the most ancient remedies. Urine therapy is as old as man himself. The Chinese treat wounds by sprinkling urine on them.

This is a medicine of recent origin and is prepared by triturating sugar of milk saturated with venom of Gila monster. It is a n ugly looking object, the entire body being encased in thickly coated armour of fixed skin, marked over with yellow and black spots.

Its bite produces symptoms of locomotor ataxia and paralysis agitans. Death takes place from failure of heart rather than from respiratory failure.

The  proving was  first made by DR. Robert – Boocok of Flat bush. He was seized with an internal coldness from the heart as if being frozen to death internally and had no way of warming himself. It was so intense to be described as ‘arctic coldness’. Other provers also had this symptom just as prominently as Dr.Boocok. Hence we can consider this symptom as the cardinal of this remedy.

2. Sensation of constriction aggravation from sleep.

Erythrinus
A kind of red mullet of South America.

Pyrarara
A fish caught in the Amazon, clinically used for various skin affections.