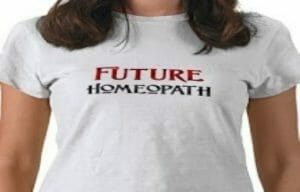 Abstract:
Basically, homoeopathy is a therapeutic method for treating diseases by applying those medicines which is capable of producing similar symptoms as that of the disease from which the patient suffers. It is based on the fixed law that is “Similia Similibus Curentur” which means “Let like be cured by like”. As per homoeopathic law to remove and annihilate the disease permanently in its whole extent in the most harmless way from the human being, only a single medicine with accurate potency in a minimum dose at a time and proper repetition of dose is required.

Key Messages: “Homoeopathy, at a Glance”

Introduction: –
Basically, homoeopathy is a therapeutic method for treating diseases by applying those medicines which is capable of producing similar symptoms as that of the disease from which the patient suffers. It is based on the fixed law that is “Similia Similibus Curentur” which means “Let like be cured by like”. As per homoeopathic law to remove and annihilate the disease permanently in its whole extent in the most harmless way from the human being, only a single medicine with accurate potency in a minimum dose at a time and proper repetition of dose is required.

1.Homoeopathy: –
Homoeopathy is an ideal & gentle therapeutic method which gives rapidly permanent restoration of the health by removing & annihilating the disease in its whole extent in the most harmless way.

1.1  History of Discovery: –
The 10th April’ 1755 is a ‘Red Letter Day’ in the ‘Annals of Medicine’ which witnessed the Birth of a Reformer, a Philanthropist in the person of Christian Friedrich Samuel Hahnemann, Son of Christian Gottfried Hahnemann & Johana Christiana of Germany.

Samuel Hahnemann was a brilliant student. He was fluent in languages like Greek, Latin, English, Italian, Hebrew, Syriac, Arabic, Spanish, German & some smattering of Chaldiac. He acquired his M.D. degree from Erlangen University in the year’1779. After this he practiced allopathic medicine and in this field he excelled.

In the year’ 1790, whilst translating Cullen’s Materia Medica, he came to know about the therapeutics indications of Peruvian bark (Cinchona Officinalis) that it is bitter in taste & cures Intermittent fever. Hahnemann dissatisfied with this explanation & by way of experiment he took the medicine himself twice a day (about four drams). Eventually, he noticed symptoms very similar to ague of Malaria fever. This unexpected result set up in his mind a new train of thoughts & he conducted similar experiments on himself & other individuals with other medicines whose curative actions in certain diseases had been well established. On the basis of such successive experiments, Hahnemann came to the conclusion that medicines cure diseases because they can produce similar diseases in healthy individuals.

Finally, in the year’ 1796, the discovery was brought to light in his essay titled “An Essay on a New Principle for Ascertaining the Curative Powers of Drugs & some Examination of the previous Principles”. In this essay he put forward his New Doctrine, ‘Similia Similibus Curentur’ which means ‘Let Like be Cured by Like’. After this he wrote the books ‘Organon of Medicine’ & ‘Materia Medica Pura’ in which he described the whole systems of Homoeopathy.

1.4  Definition: –
Homoeopathy is a system of therapeutics in which those medicines are applied which are capable of producing similar symptoms as that of the disease from which the patient suffers.

1.7  Principles: – Homoeopathic system is based on easily comprehensible principles. They are as follows –

1.7.1   Law of Similia: – It means applying those medicines which are capable of producing similar symptoms during drug proving in healthy human being.

1.7.3  Law of Minimum: – It means applying very smallest quantity of medicine which is sufficient to producing an artificial disease on the vital force as similar to the natural disease.

1.7.4  Doctrine of Drug Proving: – It means that it is a systematic & orderly process of investigation of the pathogenetic power (disease curing power) of the medicine by applying it in different healthy human being of both sexes of different ages & of various constitutions.

1.7.5 Doctrine of Drug Dynamization: – It means that it is a process, which liberates the inherent power of curative properties of a drug which remain in a latent state through the process of succussion or trituration.

1.7.6 Theory of Vital Force: – It means that in healthy condition of man, a spiritual power animates the organism & keeps all the parts of the organism in harmonious order as regards both sensation & function which is known as ‘Vital Force’.

1.7.7  Theory of Chronic Disease: – It means that real cause of the chronic diseases are miasms i.e. disease producing agent, namely Psora, Syphilis & Sycosis.

1.8  Sources of Drugs: – Drugs are prepared from the different sources & different parts, different secretions, different products of each source. They are as follows: –

1.8.6  Imponderabilia: – It includes the natural or artificial substances which have no perceptible weights.

1.9  Potency/Power: – Medicines are prepared in three scales. They are as follows-

In this scale potency is denoted by ‘X’. The most useful potencies are Q, 3X & 6X.

1.8.3 Fifty Millesimal Scale: –
In this scale 1st potency is made by mixing 1drop of mother tincture of the selected medicine with 100 drops of alcohol & should be successed 100 times & then small poppy size globules are moistened with this. 2nd potency is made by mixing 1globule of 1st potency with 1 drop of water for dissolving &100 drops of alcohol.

1.10   Dose: – Dose of medicine depends upon the potency of different scales.

1.9.2 In Centesimal Scale: – One small poppy seed globule is moistened with medicine & then to serve it either by dissolving it in a small quantity of distilled water or sugar of milk.

1.9.3 In Fifty Millesimal Scale: – Only a single globule should be dissolved in 40/30/20/15/8 table spoonfuls of water with the addition of some alcohol in order to prevent decomposition. Before taking the medicine the phial should be successed 8/10/12 times & one tablespoonful of it should be mixed with 7 to 8 teaspoonful of water. One teaspoonful or more of this is to be given to the patient.

Depends upon Condition & progress of the patient: –

Depends upon Nature of the disease & Medicine: –

1.11 Vehicles: – The term ‘Vehicle’ means ‘Transmission’. So, Homoeopathic Vehicle is define as a substance, in which medicines are prepared or mixed & given for their internal administrations either by oral or olfaction method & external application for medications. They are as follows: –

1.12   Mode of Administration: –    In general there are various methods of introducing drugs into the body. They are as follows: –

1.12.2 Parenteral: – It includes all form of injections; this may be Subcutaneous, Intramuscular, Intravenous, Intrathecal and Bone marrow & Intraperitoneal.

It includes Rectal absorption in the form of supposition & Nasal septum either putting powder or by inhalation.

1.12.4 Skin Absorption Method: – It is done in the form of Liniments, Lotion & Ointments.