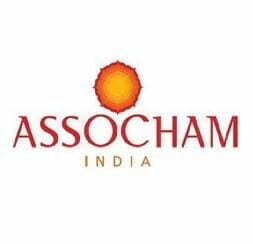 There are over four lakh registered homoeopaths in the country, with approximately 13,000 being added every year – The Associated Chambers of Commerce and Industry of India (ASSOCHAM), India’s premier apex chamber covers a membership of over 4 lakh companies and professionals across the country.

NEW DELHI: Increasing inclination of people towards alternative medicine will drive the growth of homoeopathy, which is projected to grow at 25-30 per cent over the next three years to become a Rs 2,600-crore industry, industry body Assocham has said.

The current size of the homoeopathy market in the country is estimated at about Rs 1,250 crore. While the pharma industry would grow at 13-15 per cent, homoeopathy would register growth rates of 25-30 per cent on the back of growing number alternative medicine users, the chamber said in a statement.

“Homoeopathy has been effective in treating chronic aliments like arthritis, diabetes, obesity and respiratory, hair and skin problems,” it said.

During 2006-07, an estimated 4-5 crore patients resorted to homoeopathic treatments and this is likely to grow to 10 crore in the next two-three years in view of its growing acceptability among the masses, Assocham President Venugopal Dhoot said.

Though homoeopathic treatments last longer than allopathic medication, an increasing number of people prefer the former since they do not have to worry about side effects, it said.

“Another reason for homoeopathy’s popularity has been the growing disillusionment with allopathic medicine which has been the first line of treatment for most patients, who feel that homoeopathy is a personalised treatment,” it said. [Source]