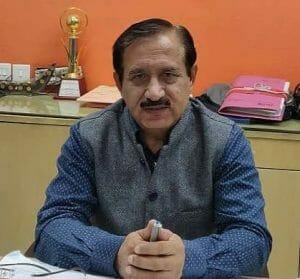 Homoeopathy truly is the people’s choice for wellness and the last 75 years have proven this more than ever, says Anil Khurana

Basic research studies are conducted to identify mechanism of action of the medicines and the effectiveness of the drugs, says Chairperson, National Commission for Homoeopathy, in an exclusive talk with The Hindu on World Homeopathy Day on April 10

During the recent pandemic what role did Homeopathy play in reducing the burden of the COVID–virus? Also as we are celebrating 75 years of freedom and the glorious history of progressive India under the government’s Initiative Azadi Ka Amrit Mahotsav, how far homoeopathy has progressed over 75 years?

The period of the last 75 years has been glorious for homoeopathy, just as the way it has been for independent India. Homoeopathy has bloomed into a fully established, regulated and accepted system of medicine in this era. From hardly a few colleges in 1947 and very few dispensaries, the homoeopathy infrastructure today stands, 259 colleges, around 400 pharmacies, dedicated research Council and well regulatory drug control and more than 3,00,000 practitioners.

Furthermore, India’s masses have accepted this modality, both for their day–to–day illnesses and chronic ailments. Recent studies have documented the fact that people prefer homoeopathy for respiratory, rheumatology, skin and infectious diseases. Homoeopathy also offers effective solutions to the recent health problems that have emerged in the form of epidemic infections, multi–drug resistance or lifestyle related disorders in the last 75 years.

A more recent example of this wide acceptance is the use of our medicine Arsenic album 30 as a prophylactic, immune–booster for COVID–19. During the pandemic, the CCRH offered prophylaxis through its Arsenic album distribution programme among 17 lakhs beneficiaries, while around 100 homoeopathy colleges were involved in mass distribution of the medicine among 1.50 crores population in the first wave alone.

In Gujarat, 50% of the population was given Arsenicum album by the provincial government. Government healthcare providers, both Central and State, many NGOs, philanthropists also distributed homoeopathic medicine to the population at risk throughout the country. Such mass allocation was only feasible because of the low cost of medicine, convenient storage, and easy administration.

The Government of India has played a pivotal role in this acceptance for homoeopathy by providing access to this affordable system practically everywhere — right from primary or community health centres to multi–specialty hospitals. The creation of AYUSH Ministry in 2014 gave the right impetus to this acceptance and gave the much–needed platform to homoeopathy, by supporting the system strategically, economically as well as administratively.

Homoeopathy truly is the people’s choice for wellness and the last 75 years have proven this more than ever!

The government has set up the National Commission of Homeopathy in 2021 for bringing reforms in education in homoeopathy. How do you plan to achieve them as chairperson of the Commission?

The rationale behind setting up the National Commission for Homoeopathy is to bring about standardisation and good governance as mandated by our Prime Minister.This will allow objective, periodic and transparent assessment of homoeopathy medical institutions and facilitate maintenance of a medical register and enforce high ethical standards in all aspects of medical services. Another rationale is to ensure availability of adequate and high quality homoeopathic medical professionals whom people can trust with confidence.

Reforms in the homoeopathy education is the need of time and should be aligned with modern science of human physiology, genetics, immunology and behavior etc. Ethical conduct of medical practice shall reduce conflicts among various systems of treatment. Linking research with education is a must for the development of science which needs focused attention.

What is the global position of Indian homoeopathy? Do you think India can become the global leader in homoeopathy with a well–integrated and regulated setup?

India is leading the world in terms of infrastructure of homoeopathy. Maximum number of research papers in the last 5 years are published from India and the kind of support of the government is unparalleled in the world. The regulatory framework in India is very strong. Homoeopathic medicines are being exported to many countries. India has collaborated with various institutions abroad for collaboration for different activities.

Even though homoeopathy is widely popular among the masses, it has been surrounded by many controversies. What advancements in generating scientific evidence and research have been made in homoeopathy?

A number of basic research studies are conducted to identify the mechanism of action of homoeopathic medicines and the effectiveness of the drugs against specific bacterial and viral conditions in in–vitro and in–vivo studies.

Since last so many years, 43 studies have been conducted notably on Japanese encephalitis, dengue, influenza, malaria and COVID-19. For example in the study on Japanese encephalitis, it was identified that when the mother mice was given Belladonna in homoeopathic preparation, it has shown a protective effect against the infection with biological evidence by reducing the level of virus in brain cells and inflammation in the brain cells. Biological actions of homoeopathic medicines as understood by repeated experimentations by biological scientists have very well proved that these are not mere placebos rather have specific biological activities distinct from placebo and experiments in some of the studies also indicated the mechanism of action of these medicines. Results of in–vivo studies have been translated into clinical trials with successful results.

Research has also been undertaken on diseases of public health importance. Some research studies undertaken during the last years include iron deficiency, anaemia, hypertension, diabetes, dyslipidemia, hypothyroidism and others. In the study on Iron deficiency anemia, it was identified that the participants with moderate anemia showed significantly increased haemoglobin levels after regular intake of the medicine.

Since over the last couple of years, we have also focused a lot on public health research where public health programmes are operated on research modality. What is important here is that research done on scientific parameters is internationally acceptable. In an attempt towards that, we have recently developed the good clinical practices guidelines for clinical trials and we are also following the guidelines issued by the various national and international agencies.

Health research is important for the growth of any scientific system. What are the major achievements and challenges faced by research in homoeopathy?

Significant leads in experimental and laboratory based studies undertaken by institutes of high repute like AIIMS, Bose Institute, School of tropical medicine Kolkata, KGMU, Lucknow, Punjab university, Madras university and others have been undertaken in the areas of cancer, bone reunion, kidney stone, malaria, viral encephalitis etc dispelling the myth that homoeopathic medicines are having placebo effect.

There have been challenges to convince authorities for undertaking public health research especially in the early part of Covid–19 pandemic. However with the intervention of the Ministry of Ayush, these could be eased out. Challenges are always there when you are taking high end research when you do not have your own infrastructure required for that and you are dependent upon other organisations. However, thanks to collaborating institutes, the CCRH has been able to undertake them successfully.