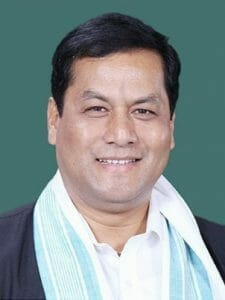 On the occasion of World Homeopathy Day, observed on April 10, a two-day scientific convention called Homeopathy: People’s Choice for Wellness was held in New Delhi. While delivering the inaugural speech for the same, Union Minister for AYUSH (Ayurveda, Yoga and Naturopathy, Unani, Siddha and Homoeopathy) Sarbananda Sonowal shared that as the acceptance of the public is high when it comes to homoeopathy, it is poised to become the first choice of medical aspirants who are seeking an education in the field of medicine.

The convention was organised by three apex bodies under the Ministry of AYUSH, Government of India, namely, the Central Council for Research in Homeopathy, National Commission for Homeopathy, and National Institute of Homeopathy, as per a report in PTI.

While addressing the audience, the Union Minister stressed that a transformative shift is underway in education, practice and drug development sectors of AYUSH.

The Union Minister went on to share how it is easy to administer homoeopathy medicines and how it has found acceptance from many people. For generations, people have sought consultation and treatment from family physicians, he said.

Minister of State for AYUSH Mahendrabhai Munjpara, who was also present at the event, mentioned that homoeopathy is effective in treating many diseases and improving health via safer means.