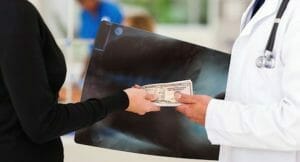 Government of Karnataka, to regulate/prescribe the rates chargeable by private medical establishments (and professionals) for services and procedures performed by them.

The Government of Karnataka is planning to introduce a Bill (January 2017?) for price control in the private healthcare sector. Prices will be fixed for all medical procedures including that for the patients in the private wards.

Current Position
Clinical Establishment Act: rule 9 (2) The clinical establishment shall charge the rates for each type of procedure and services within the range of rated determined and issued by the central government from time to time in consultation with the state government

Recommendations of inter-ministerial committee
The committee recommends that the position of the rule 9 (2) of the CE rules can be considered to be changed to the extent that central government should specify the list of procedures and costing templates while actual determination of the range of rates could be left to the state governments who can take into consideration the relevant facts while deciding upon the range of rates for their respective states in consultation with relevant states holders including the Indian Medical Association.