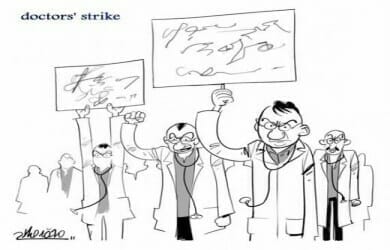 IMA says it will challenge it in court. Cabinet clears the plan amid disagreement among Ministers;

In a move that has been strongly resisted by doctors, the Maharashtra Cabinet allowed homoeopathic doctors in the State to prescribe allopathic drugs after completing a one-year course at the Maharashtra University of Health Sciences.

The decision came after major disagreements in the Cabinet itself.

The government’s reasoning is that few doctors are willing to work in rural areas, and this will help to boost medical care in villages. The decision covers only those who have passed the Bachelor in Homoeopathic Medicine. There are roughly 62,000 homoeopaths in the State.

The Indian Medical Association said it would challenge the decision in court. “Why should rural areas suffer at the hands of unqualified practitioners? This decision has been taken because homoeopathic colleges are lying vacant and many are controlled by politicians,” IMA secretary Jayesh Lele said.

The decision saw a major discord among Ministers  [Source]

This may ends up homoeopathy there…poor fellows, they have no idea about potential of Homoeopathy