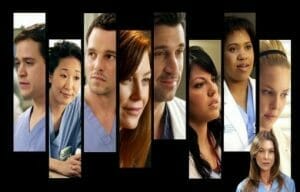 These regulations may be called the Homoeopathy (Degree Course) Amendment Regulations 2014.

These regulations, shall apply to students who shall be admitted for BHMS (Degree Course) from the commencement of the academic session 2014 (waiting gazette notification)

Eligibility
Provided that a candidate for admission to BHMS course shall be eligible if he has passed in English and in Physics, Chemistry and Biology subjects at the qualifying examination thus fulfilling eligibility criteria.;

Final year means one and half years

First year exam only in the following subjects

Only 35 hours for Materia Medica & Organon in First year

No Practice of Medicine classes in second year

Homoeopathy Pharmacy has 2 papers: 100 mark each

Each college shall impart teaching and training to all the students in all the classes for theory and practical including tutorial and seminar for minimum of 7 working hours on a working day (including ½ an hour of lunch).”

Anatomy
Students should not be burdened with minute anatomical details which have no clinical significance.

Though dissection of the entire body is essential for the preparation of the student for his clinical studies, the burden of dissection can be reduced and such saving of time can be effected, A good part of the theoretical lectures on anatomy can be transferred to tutorial classes with demonstrations.

The teaching of Anatomy, Physiology including Bio-chemistry shall be integrated.

The written papers in Anatomy shall be distributed as follows:-

Attendance: 75% attendance at the minimum in each of the subjects (in theory and practical including clinical) for appearing in the University examinations shall be compulsory”.

Migration during internship training shall not be allowed on any ground.

All applications for migration during the course & internship shall be referred to Central Council of Homoeopathy by college authorities. No institution/University shall allow migrations directly without the approval of the Central Council.