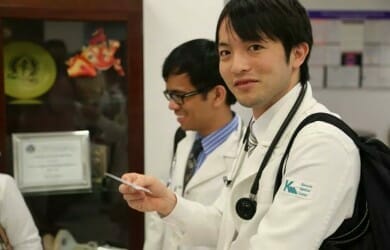 The Malaysian Government Formalises Role of Traditional and Complementary Medicine

KUALA LUMPUR: Traditional and complementary medicine manufacturers and suppliers can make certain claims about the medicinal values of their products from next year.

Health Minister Datuk Seri Liow Tiong Lai said those who wanted to make such claims must first register their products with the ministry.

“We have formed a working committee to look into an approved list of claims for traditional medicine.

“Two categories have been identified for traditional claims – for ‘traditional health use’ and ‘traditional treatment’,” he said after launching the Fifth Global Bio-Herbs Eco­nomic Forum here yesterday.

The medicines, he added, could be registered online via the ministry’s website.

“The registration will be completed in 60 days,” said Liow, adding that lab tests would also be conducted to check on some of the claims.

He added that in some cases, traditional medicines would come with historical records sufficient to support the claim while some might need lab study evidence to justify the claim.

He said the ministry, through its working committee, was also looking at expanding the claims allowed for traditional medicine and health supplements.

Manufacturers and suppliers who wanted to register their products and make claims must have clear-cut evidence on what their traditional and complimentary medicines could do.

“But they cannot say it can be used to treat a disease,” said Liow.

He said herbal products must also conform to the highest standards of manufacturing to be able to compete in terms of quality, safety, efficacy, pricing and branding.

Liow urged all traditional and complementary medicine as well as herbal products manufacturers and suppliers to register their products before the Traditional and Com­plementary Medicine Bill is passed.