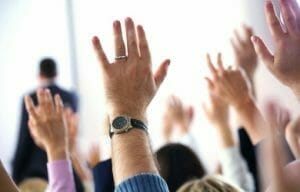 Central Council of Homeopathy not included in the draft bill of National Commission for Human Resources .
‘Medicine’ – means only Allopathy as per the bill
Please read the attached Draft Bill carefully and Represent at the earliest.
Otherwise our system may be sidelined from the National Scenario

The National Commission for Human Resources for Health Bill, 2011, as introduced in the Rajya Sabha, on 22nd December, 2011 and pending therein, has been referred to the Department Related Parliamentary Standing Committee on Health and Family Welfare headed by Shri Brajesh Pathak, M.P. Rajya Sabha for examination and report thereon within a period of three months.

2. The National Commission for Human Resources for Health Bill, 2011, seeks to consolidate to consolidate the law in certain discipline of health sector and promote human resources in health sector and provide for mechanism for the determination, maintenance, coordination and regulation of standards of health education throughout the country to ensure adequate availability of human resources in all the States.

3. In order to have wider consultations, the Committee has decided to invite written memorandum containing suggestions /views /comment of individuals /institutions / organizations interested in the subject matter of the Bill.

4. The desirous of submitting memorandum to the Committee may send copies thereof, either in English or Hindi, to Smt.Arpna Mendiratta, Joint Director, Room No.222, Rajjay Sabha Secretariat, Parliament House Annexe, New Delhi-110001 [Tel: 23035428 (o), Fax.: 230120007] within 30 days of publication [8-1-2012] of the advertisement. Beside, those who are desirous of giving oral evidence before the Committee on the Bill are requested to indicate so, for consideration of the Committee.

5. Copies of the Bill may be obtained on requisition from Shri Dinesh Singh, Assistant Director (H & FW), Room No.218, Rajya Sabha Secretriate, Parliament House Annexe, Sansad Marg, New Delhi-110001 or download from the Rajya Sabha website www.rajyasabha.nic.in under the head `Committee’-sub-head-`Bill with the Committee and Press Release seeking opinion/ suggestions from public’.

Download the draft Bill of National Commission for Human Resources for Health : www.homeobook.com/pdf/nchrh-bill-2011.pdf

Dear Friends,
The following are the important words explained in the bill and is grossly one-sided when it is seen to in detail:-

In No.2(k) ‘Discipline of Health’ explained as solely confined to Allopathic medicine, nursing, pharma, dentistry and paramedical streams excluding Homoeopathy, Ayurveda etc. Are those not disciplines of health at all..?

In No.2(u) ‘Medicine’ interestingly means modern scientific medicine and the above streams and even exclude vetenary medicine and surgery.

a)How can such broad terms of implication be confined to Allopathy alone..?

b)How can the word ‘Modern’ used for Allopathy be given a ratification by Govt of India when it is  purely a relative term and considering Allopathy was born 650 years ago(from Galen’s Period) and Homoeopathy 225 years ago..?

c)In the present day IIT Powai findings by their Chemical Engineering Department that Homoeopathy is 225 year old nanomedicine concept which they have proved by presence of nanoparticles in Homoeopathic extreme dilutions, how can one prove Homoeopathy is unscientific..?

d) Can Allopaths thus attempt, propose and manage the legislative apparatus to have bills passed into acts in their favor and convenience insulting & degrading alternative systems of medicine who hold equal rights in healthcare scenario of the nation..?

This is a sheer calculated move to utilize the highest democratic body in India to legally classify a stream of medicine into legal domination and the irony is that all the Alternative medicines put together may nearly be sought by half the population of the nation and ever increasingly in demand due to the foul malpractices, off late increasingly dominant in the Allopathic stream. Such one-sided bills would only make them more stronger and omnipotent..!

The special situation in India nurtured by the nexus of  Allopathic professional stream and Pharma companies has led to sustenance of trade names instead of usage of generic names of medicines in prescription & packing(presentation) prevalent across the world even in many other developing countries but not yet in India..! The generic expression by legislation would grossly compromise their priorities, subventions and profits from Pharma companies and we saw no bill surfacing to date, which was proposed to counter this gross anomaly which cheats the commoner..!

The regular surveillance of the overuse of Allopathic medicines and consummation based Allopathic prescriptions from practitioners & unethical surgical practices is vital and we required to have planned on prompt interventions in place much earlier by a dedicated team or by one working related to the National Insurance Policy which is yet to emerge though we are one of the most happening countries in the world scenario today. We never found such a bill inspired by Allopaths in this favor either and they call themselves EMBODIMENT OF HEALTHCARE..? Alternatively, here is a bill that is prepared to make them be classified even superior..!

Allopathy Council or National Council ?
In No.2(w) ‘National Council’ has not listed Councils of Homoeopathy and Indigenous systems (CCH & CCIM) in a country which is one of the first to patronize Homoeopathy by Government (pre-independence british rule) and the seat for the Ayurveda now sought by the world. Isn’t it ridiculous..?

In the above definitions of terms, they are largely depicting the professionals in the Allopathic sector, Dentistry, Pharma, Nursing and Paramedics and well excluding Homoeopathy which is not one among Indigenous systems of medicine.

Moreover a new legislation later through a different bill for AYUSH, we cannot redefine health and healthcare professionals in a different manner after having defined and explained here in connection with this bill.

Considering the fact that an Allopathic doctor is a trained medical personnel and clinician to use Surgical means & Allopathic Pharmacology as a therapeutic strategy in treatment and the fact that many Paramedical streams are equally accessed by Homoeopathy and other alternative streams, be it laboratory or diagnostics, it would be a huge mistake to have such a bill and an act, not considering at least non-indigenous alternative medicine like Homoeopathy which follow the same clinical strategies and clinical diagnosis except for the application of Surgical means and Homoeopathic Pharmacology for therapeutics application. Surgical diseases are again successfully treated by Homoeopathy. (eg. renal calculus, fibroid uterus, gallstones etc).