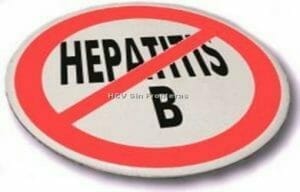 Hepatitis B is the first step to liver cancer . But the major problem is faced by our   patients who when go to the gulf countries for work. There is a mandatory law to to get vaccinated for Hepatitis B . But in some cases what happens is that when there Visa expires in 2 years and they again go for the hepatitis B test then the result shows positive and they are denied visa.

There is great agony and a sense of astonishment in the mind of the patient that there is no member in their family who had suffered from Hepatitis B and neither he or she has faced any problem like this ever before . How can it happen to him. The patient is in a state of mental stress.

If you take the patient from the homeopathic prospective. Different patient respond differently to the same condition. One patient with a test report of Hepatitis B positive may be in a state of mental shock , other may be in the state of anger . If u understand the anger deep , you will find that may be he is angry on the pathologist who has given him a positive report of hepatitis B. The other patient may be angry on the test. He will say that the test has not been done properly. The pathologist has taken the money and had not done the test properly. There must be some flaw in the machine or in the procedure of the test. He may also think that there is a mal intention of the pathologist also.

The other patient may go into the state of a deep shock. That how this can happen to him. Why he is the only one to be targeted. What was the envy of god with him. Now what will happen to his children and the family.

One very remarkable thing which is found in these cases is that the patient is not presenting any symptoms and his liver function test and the ultrasound report are all normal.

Before starting the treatment of the patient  should be advised to get the test done with this method  and the reading of the abscorbance should be noted. After one month the same test should be repeated and the change in the result should be seen.

Now comes the treatment part. There are many homeopathic medicines for liver which has great role in hepatitits B.

But here I will talk about two medicines

As you know by the name also that one is the nosode prepared from the virus  Hepatitis B and other is a tautopathic medicine  Hepatiis B Vaccine Triturated according to the principles of homeopathy to 30c potency .

Now , the question arises that when we have a lot of medicines for the liver and awe have above all the constitutional medicine that what is the need of looking at the nosode and tautopathy.

The reason is very obvious that in my patients all the patients developed the disease after hepatitis B Vaccinaton. So , the disease is a induced disease. It is not a disease which has which has be acquired or inherited by the patients weakness or weakness in the immune system.

In the patients who do not produce any symptoms of Hepatitis B or any derangement of the liver function test or loss of appetite or other symptoms. The first priority is to

Bring the positive result of Hepatitis B to negative and to kill the virus.

It should be given in 30c potency in water 2 drops 3 times a day for 15 days and the aboscorbance test . HBsAg by ELISA method. If the reading is reducing i.e coming towards the normal range

And the abscorbance of the patient should be noted before the start of the medication  and after 15 days of giving Hepatitis B Vaccine 30c.

If the reading is reducing the medicine should be re continued.

Now there is a second set of patients who has not been given the Hepatiis B Vaccination but then too their HBsAg  has turned positive.

For those patient we prefer  to give hepatitis B Nosode 30c.

And after 15 days we again go for the test to see the change in the abscorbance.

Till now I was talking about two groups of Hepatitis B patients  which were having the test of the hepatitis B positive but the patient is not producing any symptoms.

Now we will talk about the patients who produce symptoms in hepatitis b and for that there are a lot of homeopathic medicine which are very effective. In those group of patients the patients the liver of the patient is enlarged  and the readings of the Liver function test is also altered. I mean the SGPT , SGOT  , alkaline phosphate  , Serum Billirubin is altered.

For those patients there is a lot of homeopathic medicines like chelidonium to Sulphur and the names are endless.

Now I will like to emphasize on one more medicine which are  helpful in treating the patients of Hepatitis B is the Carcinocin Liver.

Now coming down to the cases

Case  1 Mr. X.
A patient named Mr. X came to my clinic.  A stout person with a long bearded and a a round white cap on the head. He said before even sitting. Look doctor I have a problem, first tell me will u able to solve it. I have no time. I told him please sit down and let me understand your case first. He said it is not the matter of Understanding the case. I am hepatitis B positive. I said ok but please sit first. He again said . Look I have no other problem . All my tests  are normal.. I mean my liver function test and the ultrasound.

No one in my family ever had hepatitis B. I even never ever suffered from Jaundice. I never had drunk  alcohol  in whole of my life.

I said, if u want to give me the case , you have to give some time.  He said that first satisfy me that u will be able to treat my case in one month time . I sad that u can not give me time lines .

He then narrated his case. He said I had never had Hepatitis B in whole of my life. Even just 2 years before I have been tested for Hepatitis B and all the other tests were done at the certified centers by the Dubai in India. None of the tests turned out to be positive. But now as I had to get my visa extended, the test for the hepatitis B virus is turning positive. I do not know what to do.

At the time I did not face any problem physically. But when   I had again went for my visa renewal all my tests are coming normal except the Hepatitis B test.

Even my family history and the past history are normal.

I came to the conclusion that the problem is the Hepatitis B vaccine .Which is the cause of the test being positive.

So I gave him Hepatitis B Vaccine 30c  2 drops three times a day for 15 days and again got the test done. The reading was reducing and the results were positive.

Slowly in two months time the hepatitis B positive changed to negative.

This patient came to me with the a test of HBsAg  test positive.  He was a male . He went for the routine examination and the test showed Hepatitis B positive. All the other test of him was normal.

He was a non alcoholic and the ultrasound and the liver function test were normal.

He did not use infective syringe either.

As all the test were normal and there were no signs of Jaundice in the past. I gave him Hepatitis B Nosode 30c.

2 drops 3 times a day in half cup of water for 15 days. And got the HBsAg test done.

The abscorbance was reducing and finally he became negative

At the center of the hepatitis B virus is DNA, which contains the genes the virus uses to replicate itself. Surrounding the DNA is a protein called HBcAG (hepatitis B core antigen), which cannot be detected with blood tests. Surrounding this is HBsAG, which is actually part of the protective “envelope.” This envelope surrounds the virus and protects it from attack by the body’s immune system. However, this system is good at getting through this envelope in order to kill the virus. When it does, remnants of surface antigen protein are left in the blood like debris, which lab tests can detect.

What is Hepatitis B
Hepatitis B is an infectious inflammatory illness of the liver caused by the hepatitis B virus (HBV) that affects hominoidea, including humans. Originally known as “serum hepatitis”, the disease has caused epidemics in parts of Asia and Africa, and it is endemic in China.About a third of the world population has been infected at one point in their lives, including 350 million who are chronic carriers.

The virus is transmitted by exposure to infectious blood or body fluids such as semen and vaginal fluids, while viral DNA has been detected in the saliva, tears, and urine of chronic carriers. Perinatal infection is a major route of infection in endemic (mainly developing) countries.[5] Other risk factors for developing HBV infection include working in a healthcare setting, transfusions, and dialysis, acupuncture, tattooing, extended overseas travel and residence in an institution. However, Hepatitis B viruses cannot be spread by holding hands, sharing eating utensils or drinking glasses, kissing, hugging, coughing, sneezing, or breastfeeding.

The acute illness causes liver inflammation, vomiting, jaundice and, rarely, death. Chronic hepatitis B may eventually cause cirrhosis and liver cancer—a disease with poor response to all but a few current therapies.[ The infection is preventable by vaccination.

Hepatitis B virus is an hepadnavirus—hepa from hepatotropic (attracted to the liver) and dna because it is a DNA virus—and it has a circular genome of partially double-stranded DNA. The viruses replicate through an RNA intermediate form by reverse transcription, which practice relates them to retroviruses.Although replication takes place in the liver, the virus spreads to the blood where viral proteins and antibodies against them are found in infected people.